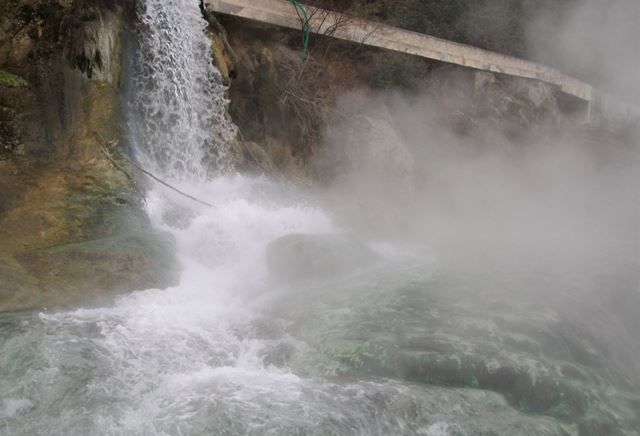 Spa towns across Greece reported 8 percent growth in terms of tickets issued in 2016 compared to a year before, a National Center for Social Research (EKKE) study found.

According to EKKE’s “Thermal Springs and Spa Towns” program, the rise marks the best performance over the 2012-2016 period, indicating a steady growth rate over time. Central Greece and Central Macedonia have recorded the highest number of visitors over the 2005-2016 period.

However, the report underlines that the figures are far from encouraging compared to 2011 and 2009. The decrease in the number of overnight stays, the continuing economic crisis and shrinking social security fund coverage for health services are cited as reasons for the declining figures.

Meanwhile, the North Aegean saw an increase in the number of visitors by 65.1 percent, Attica by 17.4 percent, the Peloponnese by 56.7 percent, and the South Aegean by 44.2 percent.

Areas that experienced a drop in the number of spa visitors were the region of East Macedonia and Thrace down by 28.8 percent, Epirus by 35.4 percent, Thessaly by 14 percent and Western Greece by 5.2 percent.

EKKE also found that municipal spa and thermal springs accounted for 54.59 percent of all tickets sold across Greece over the 2005-2016 period, while privately-run services appear to be on a downward trend.

Meanwhile, experts and local authorities have repeatedly met to discuss ways to tap into the more than 700 thermal springs across Greece, to promote wellness tourism and attracting travelers to Greek destinations all year round.