Runners to Live the 4th ‘Tinos Running Experience’ in June 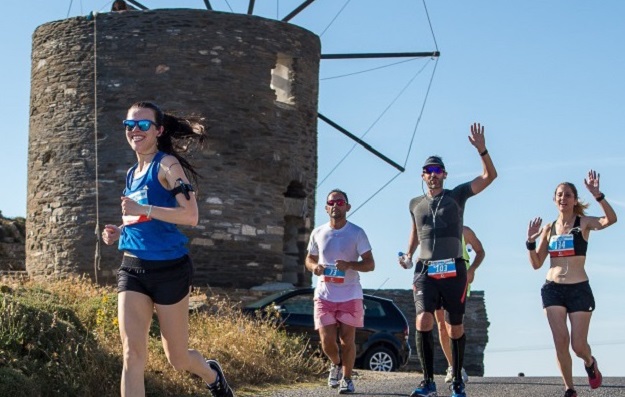 Greek and foreign marathon runners are getting ready to live the 4th Tinos Running Experience on the island of Tinos in the Cyclades on June 9-11.

Organized by the Region of South Aegean, the Municipality of Tinos, the Tinos Commercial and Business Association and ALL ABOUT RUNNING, the annual sports event will include five races: the “Tinos Running Experience” semi-marathon; three shorter routes of ten, five and one km and a route of 100 meters for children and persons with disabilities. All short routes are also titled “Tinos Fun Run”. The starting point of all races will be at the outdoor theater of the village of Volax, while athletes will run through the villages of Skalados, Krokos, Komi, Kato Klisma, Karkados and Kalloni. The finish line will be in the capital of Tinos.

Those who love hiking, on Sunday, June 11 will be able to walk – along with participating runners – on a moon like landscape, filled with gigantic rounded boulders in the areas of Falatados, Volax and Kathlikaros.

Various festivities will also take place during the three-day event, starting in the evening of June 9, when a pasta party will be held in Falatados. Greek chef Alexandros Papandreou and his team will cook using local products.  Furthermore, the island’s residents and members of Tinos’ cultural and religious associations will offer local, traditional delicacies, wine and raki (a strong distilled spirit).

The “Tinos Running Experience” medals are a replica of the medals of the “Tinia Games”, which took place in 1895, a year prior to the modern Olympic Games with the participation of more than 100 Greek athletes. Many of them were among the winners of the 1896 modern Olympic Games.