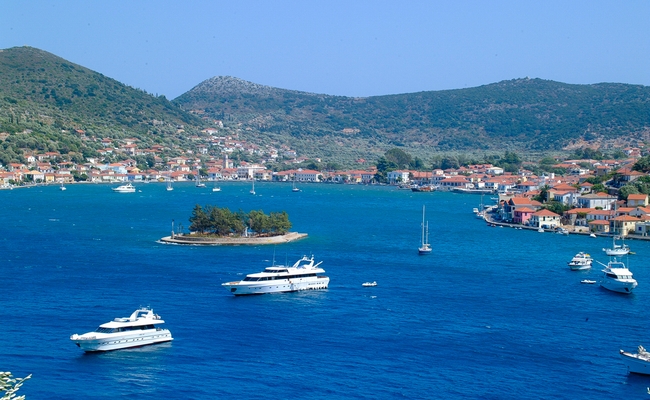 The lack of a direct ferry route to the Ionian island of Ithaki  was at the center of a meeting between the island’s mayor, Dionysis Stanitsas, and the president of the Central Union of Municipalities of Greece (KEDE), George Patoulis.

Patoulis, also presiding over the Athens Medical Association, was in Ithaki last week for a conference on “Health Tourism: A Driver of Development of the Greek Economy & Establishing Greece into a Leading Destination 12 Months a Year”.

The two men, who met on the sidelines of the conference, discussed the issue of a direct ferry link with the mainland as well as about the lack of medical infrastructure and staff the island. The ferry problem, municipal authorities said, was augmented after a decision in 2016 to discontinue the Ithaki and Patra route, which was a serious blow to the island’s tourism and resultant growth.

“We must view the issue of island isolation as an opportunity for development and not as a problem,” Patoulis said, underlining the need for independent local governance.

Minister of Shipping and Insular Policy Panagiotis Kouroublis was also informed on the lack of a ferry connection and said the ministry would look into it.