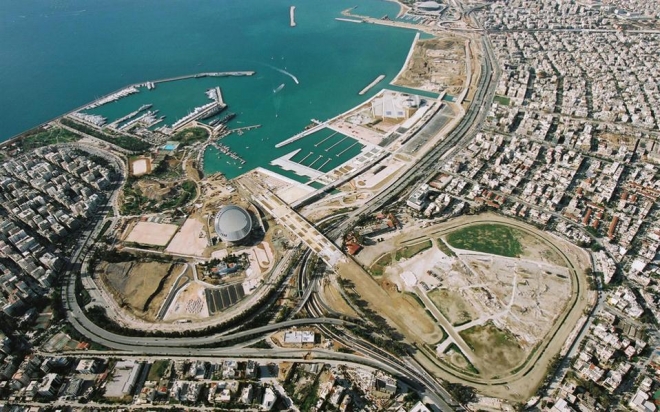 Aiming to tap into the potential of its vast coastline, the Region of Attica signed a 150 million euro agreement last week with construction firm Aktor for the redevelopment of the Faliro Delta.

According to authorities, the upgraded area is expected to attract major investments in real estate and tourism along the coast from Piraeus to Cape Sounio.

The opening of the Stavros Niarchos Foundation Cultural Center  last year, paved the way for plans to give the Athenian Riviera a new lease on life.

Plans and projects for luxury hotels and resorts are in the pipeline with Greece’s landmark coastal Astir Palace resort, located in the southern Athens suburb of Vouliagmeni, taking the lead. The resort is set to re-open in 2018 and aims to become one of the Mediterranean’s top destinations. The 600 million euro project carried out by Aktor, includes the makeover of Arion and Nafsika hotels, the development of 13 luxury residences, the creation of a new park and a significant upgrade of the marina.

Sygrou Avenue will welcome new hotels with the 94-room Athens Avenue in Kallithea the first to open. Marriott International,  meanwhile, is spending 13.6 million euros on the renovation of the former Metropolitan Hotel, which will re-launch as the 366-room Athens Marriott.

In addition to the hotels and other infrastructure works, other projects include the creation of office buildings along the coastal front, the expansion of Piraeus port with 140 million euros worth of works set to transform the port into a major cruise and shipment hub for travel and trade between Asia and Eastern Europe, and plans by Papastratos for the urban renewal of major Piraeus neighborhoods.