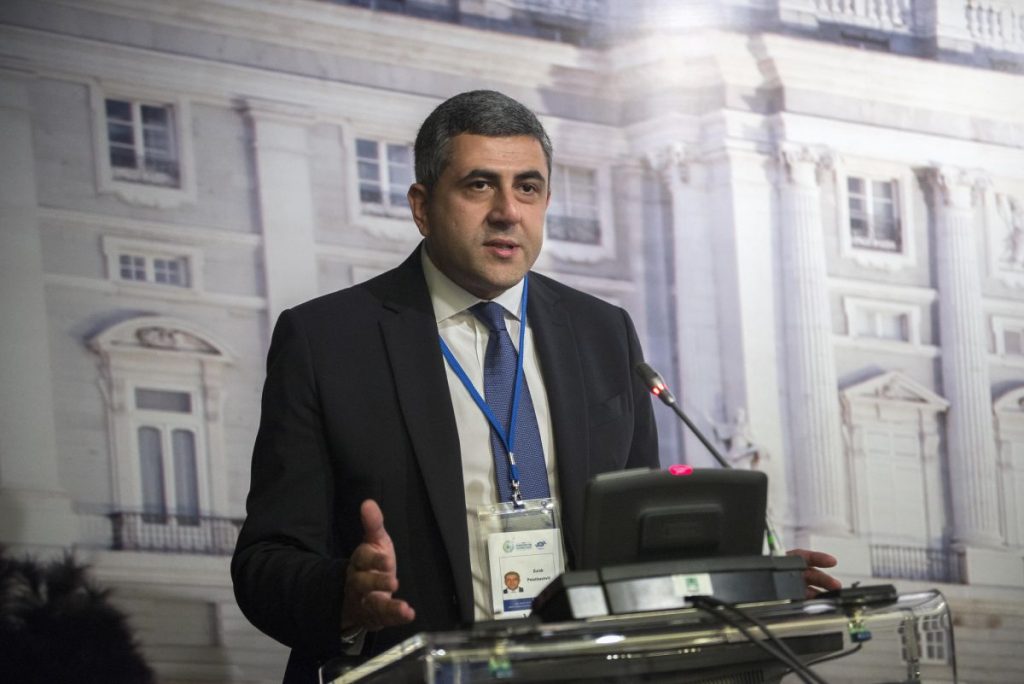 The Ambassador of Georgia to Spain Zurab Pololikashvili has been elected as the new Secretary General of the World Tourism Organization (UNWTO) for the four-year-period starting January 2018.

“The 105th session of the UNWTO Executive Council, meeting in Madrid, Spain, on 12 May 2017, recommended Zurab Pololikashvili, Ambassador of Georgia in Spain, as a nominee for the post of Secretary-General,” an announcement by the UNWTO said on Friday. Pololikashvili was elected with 18 votes.

The recommendation of the UNWTO Executive Council will be submitted to the upcoming 22nd UNWTO General Assembly in September in Chengdu, China, for ratification.

Pololikashvili, 40, has a broad experience of working in both private and public sectors at high-profile positions.

He has extensive diplomatic experience, having represented Georgia to the World Tourism Organization (UNWTO), as well as serving as Ambassador Extraordinary and Plenipotentiary to the Kingdom of Spain. He also held a position of the Deputy Minister of Foreign Affairs from 2005 to 2006.

Ambassador Pololikashvili’s private sector experience includes several years in the financial and banking  sectors,  serving as the Manager of International Operations for TBC Bank (one of the most successful banks in Georgia), Director of TBC Bank’s Central Branch Office (2001-2005) and the Vice President of TBC Group (2010 – 2011).

He is married and has three children.