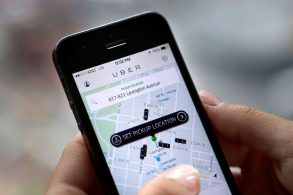 The Uber electronic platform offers a “service in the field of transport” and could be required to obtain the necessary licenses and authorisations under national law in the European Union member states, according to a legal opinion by Maciej Szpunar, Advocate General at the Court of Justice of the EU, released on Thursday.

Szpunar’s legal opinion was in relation to a case was brought to the European Court of Justice by Asociación Profesional Elite Taxi, a professional organisation representing taxi drivers in the city of Barcelona, Spain. The association was asking the court to impose penalties on the Spanish company Uber Spain for engaging in unfair competition towards Elite Taxi’s drivers.

Uber is an electronic platform which makes it possible, using a smartphone equipped with the Uber application to order urban transport services in the cities where Uber has a presence. The app recognises the  location  of the  user  and  finds  available  drivers who are nearby.

In his opinion, Szpunar explained that it must essentially be determined whether the services offered by the Uber platform benefit, as ‘information society services’, from the principle of the freedom to provide services or whether its services fall within the field of transport, which is regulated by the law of the Member States.

Szpunar said that Uber cannot be regarded as a mere intermediary between drivers and passengers.

According to Szpunar, Uber cannot claim the benefit of the principle of the freedom to provide services guaranteed by EU law for information society services but is subject to the conditions under which non-resident carriers may operate transport services within the Member States.

“The service offered by Uber cannot be classified as an ‘information society service’. Instead, the service amounts to the organisation and management of a comprehensive system for on-demand urban transport,” Szpunar said.

The Advocate General’s opinion is non-binding on the European Court of Justice. However, opinions are often endorsed by the court. Judgment on the case is expected at a later date.