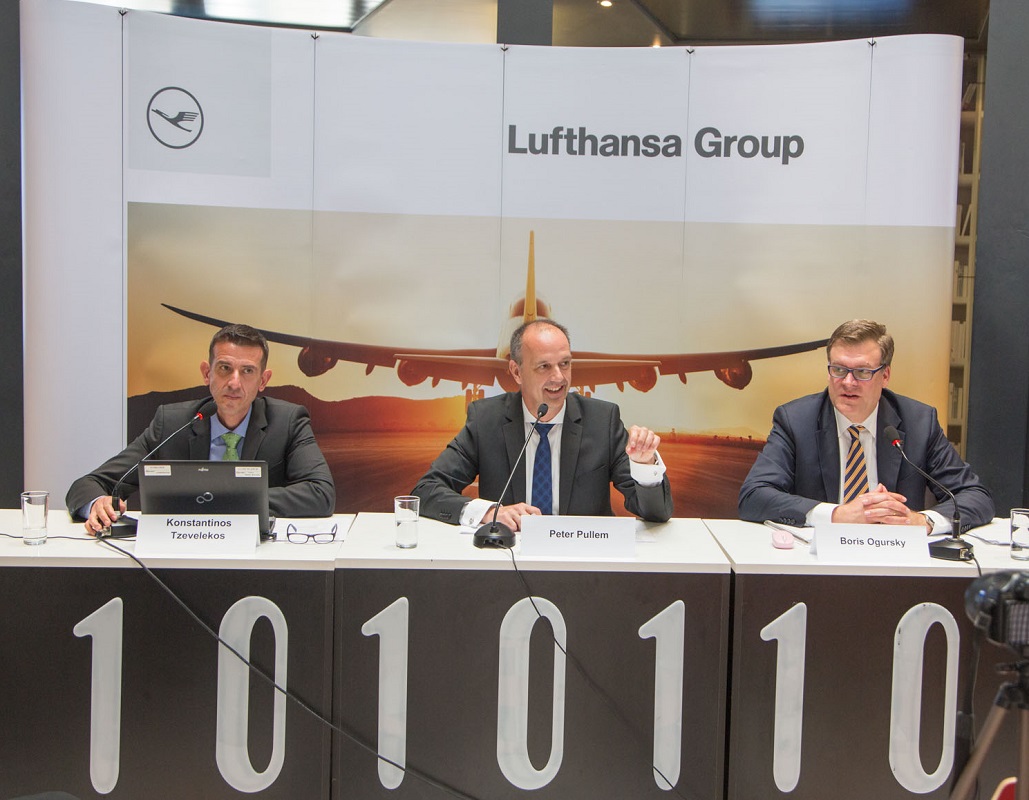 Lufthansa Group has added five new airports to its network of destinations in Greece, in order to meet high demand during the summer tourism season. Brussels Airlines is now flying to Rhodes; Eurowings is flying to the island of Karpathos in the Dodecanese, to Kavala in northern Greece and to Santorini in the Cyclades; and Edelweiss, SWISS ailine’s subsidiary, has added Zakynthos to its destinations.

In a recent press conference, the Group’s General Manager for Passenger Sales in Greece and Cyprus Konstantinos Tzevelekos said that 85.000 passengers were traveling with Lufthansa Group from Greece to all over the world. Passenger traffic from and to Greece increased by 5.6 percent in 2016, compared to 2015. “The Group has observed a significant rise during the summer season, which reflects Greece’s tourism potential and the growing demand for popular Greek destinations,” Tzevelekos said and added that the passenger load factor in Greece is 80%.

Lufthansa Group recently had its first three Airbus A350-900 aircraft delivered, of a total of 25 ordered. The A350-900 is considered an advanced and environmentally-friendly long-haul aircraft and will first serve Delhi, Mumbai and Boston.

The Group is also planning to invest some 500 million euros until 2020 in the development and improvement of tailor-made digital services, in order to meet the needs of its passengers. “We are interested in developing technology solutions, which will make our journeys more pleasant and comfortable,” said Head of Sales Central, Eastern and Southeastern Europe Peter Pullem. Travelers can already download 250 newspapers and magazines as “eJournals” and can ask the chatbot “Mildred” about the best prices for flights.

Pullem also referred to this year’s positive results, noting that the Group “has achieved its best first quarter earnings since 2008”.

Preveza Meet to Bring Tourism Issues to the Table