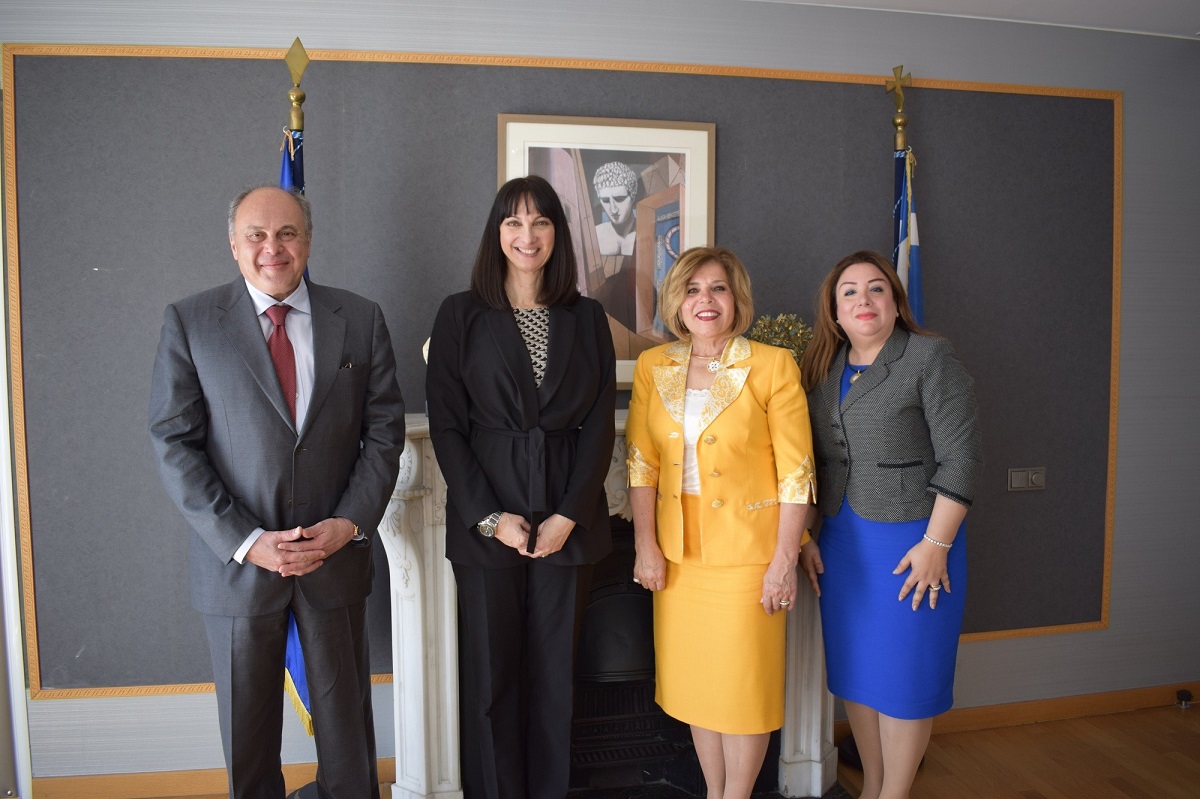 Tourism Minister Elena Kountoura recently received Moushira Khattab, Egypt’s candidate for the post of UNESCO Director General. Khattab – also former Minister and Ambassador of the Republic of Egypt – was on an official visit to Athens.

During the meeting, Kountoura referred to the historic ties and friendship of Greece and Egypt and the efforts being made to enhance bilateral tourism relations.

Khattab thanked Greece for supporting Egypt’s candidacy in the elections for the new UNESCO Director General, due to take place in fall 2017.

The Ambassador of the Arab Republic of Egypt to Greece, H.E. Mohamed Farid Monib and councilor Dahlia Abdel Fattah were also present at the meeting.