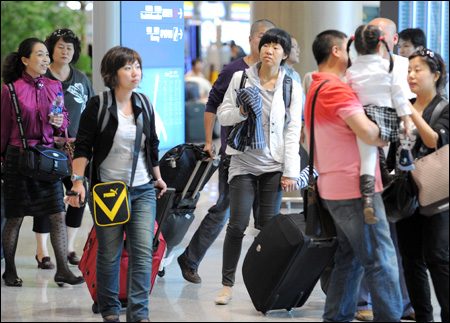 Chinese conglomerate Fosun International is aiming to tap into the estimated 1.5 million (from the current από 150,000) Chinese travelers expected to visit Greece in the coming years by introducing – through Thomas Cook Group -specially designed vacation packages.

Based in Shanghai, Fosun already has ambitious real-estate plans for the former Athens airport site – Hellenikon – and is currently negotiating the purchase or construction of hotels and resorts in Greece by its fully-owned portfolio company Club Med.

Speaking to Bloomberg during his Athens visit last week, Fosun Senior Vice President (Jim) Jiannong Qian (photo) said once the number of Chinese visitors to Greece increases so will direct flights from Beijing and Shanghai to Athens airport. 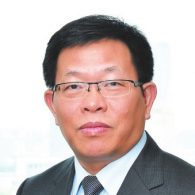 “Greece is a very safe place for visitors,” said Qian, who also presides over Fosun’s Tourism and Commercial Group. He added that Greece offers opportunities for tourism investments now that the economy appears to be recovering. “We look at the figures from retail sales and of the tourism sector” and see the increase.

Fosun has already invested over 200 million euros in Greece through its direct holding in Folli Follie and indirectly through Thomas Cook and Club Med, Qian said. “If you can help the economy grow, for example, if we have the package product for Greece, then we create more jobs for restaurants, for retail stores, for taxi drivers,” he told Bloomberg.

The Chinese conglomerate is also participating in a joint venture with Lamda Development SA for Hellenikon. “We are very confident about this investment,” Qian said about the 2-billion-euro project. “We will create a new destination which will not only attract European travelers but Chinese visitors as well,” he told daily Kathimerini.

Via Club Med, Fosun is set to open a new resort in Greece in the near future. “We are currently looking for the suitable location,” Qian said.