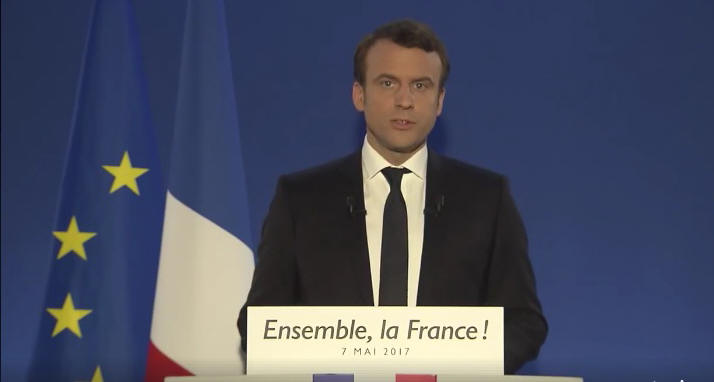 “Emmanuel Macron’s victory is a breath for France and for the whole of Europe,” Greek Prime Minister Alexis Tsipras tweeted after it was announced that Emmanuel Macron, the pro-EU centrist, was voted France’s new president.

The announcement was applauded by the Greek government that expects support from Macron on the upcoming talks with creditors to relieve Greece’s debt.

“I am sure that we will work together closely for Europe to change its course, re-inspire its people, not to live the far right nightmare ever again,” PM Tsipras said on Twitter.

On Friday, Europe’s Economic Affairs Commissioner Pierre Moscovici said he believed that Macron, if elected, would be a strong ally for Greece.

“I have no doubt that with Macron as president, Greece will continue to have a friend in France, its president and government. This is why these elections are important for Greeks,” Moscovici told the Athens News Agency (ANA).

After winning the French presidential election on Sunday, Macron  delivered a speech in front of the Louvre Museum.

“The task facing us is immense, and will start tomorrow,” Macron said, underlining that it involves reinforcing France’s economy, building new defenses, ensuring the safety of all French citizens.

“It is a huge job and it will require more of the same audacity that has brought us this far… I will serve you with love,” he told the French.

Macron is France’s youngest ever president.