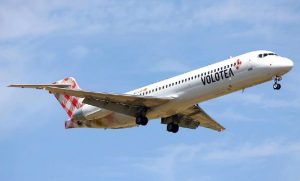 Volotea, a Spanish short and medium haul airline, announced on Friday that it has increased capacity to Athens by 50 percent in comparison to last year. This makes 126,000 seats available from the Greek capital.

Availability on all 243 routes with more than 5 million seats

According to an announcement, on May 5 Volotea published flights up to March 22, 2018, with more than five million seats available. In comparison to the previous year, the airline has increased its number of seats by 33 percent, offering more than 1,150,000 seats for all its winter routes. In 2016, Volotea offered more than 864,800 seats during the winter season. In comparison to this year, the airline has added more than 289,000 seats.