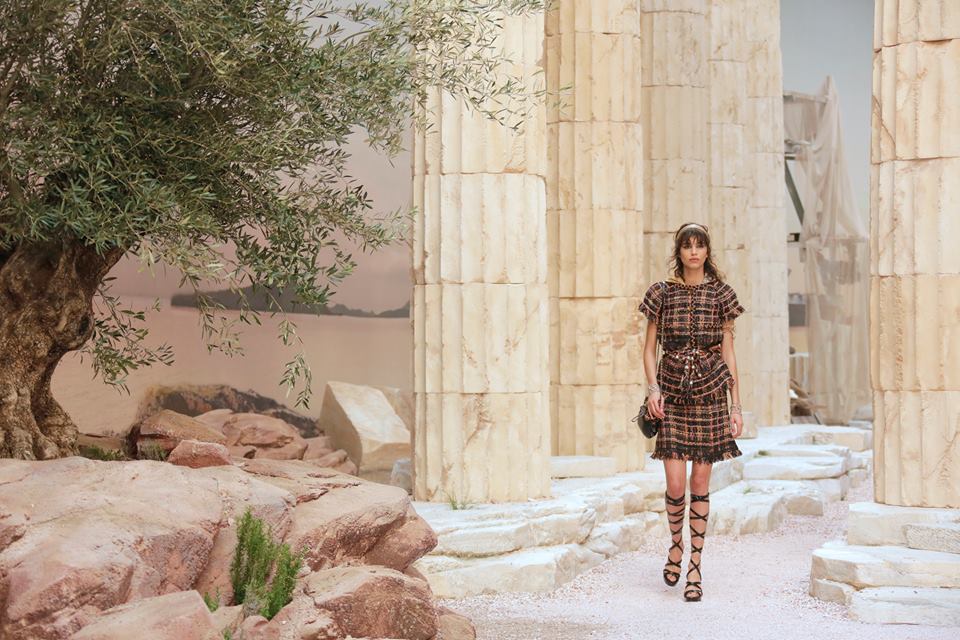 Since the real Parthenon is off limits for fashion runway shows, star designer Karl Lagerfeld decided to recreate his own ancient Greek temple in Paris complete with sun, Greek goddesses and lots of Greek-inspired sandals and jewelry during the launch of Chanel’s Cruise Collection on Wednesday, under a replica of the Temple of Poseidon at the Grand Palais. 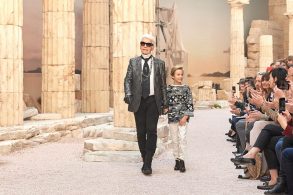 “It had nothing to do with a country. Reality is of no interest to me. I use what I like. My Greece is an idea,” the designer said of the show titled, “La Modernité de l’Antiquité,”  (“The Modernity of Antiquity”), which is in his eye an imaginary voyage to an idealized Greece.

High profile guests among the 800 who flocked to the Paris mega event included Pedro Almodovar, Isabelle Huppert and Charlotte Casiraghi, who also had a chance to indulge in a Greek buffet later that day.

The Chanel extravaganza coincides with the launch of the cruise season. 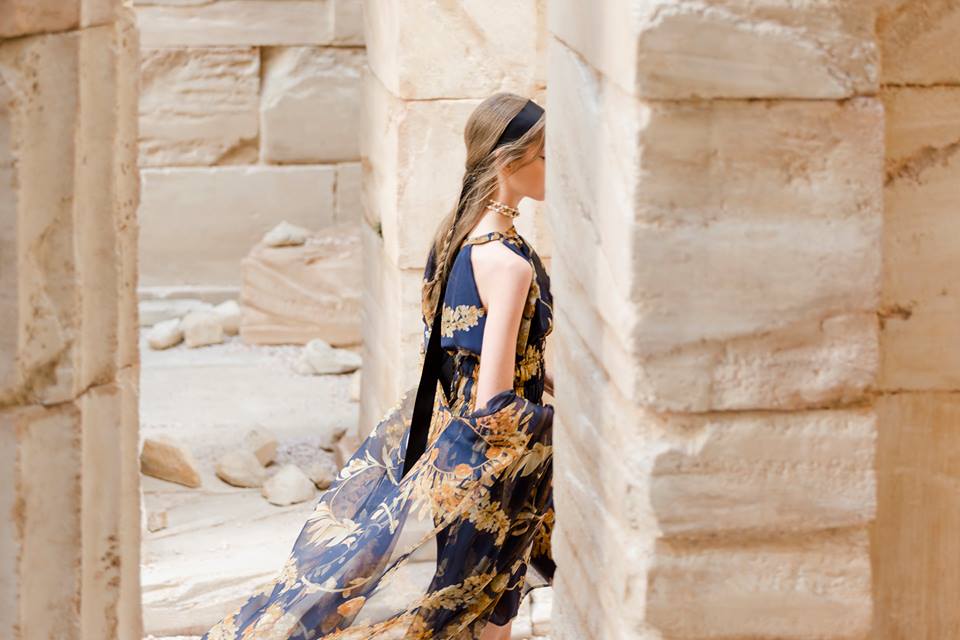 Lagerfeld, who has also designed costumes for Cocteau’s revival of Greek tragedy “Antigone” said he was through fashion “expressing a fascination I’ve had since childhood”.

“I see Greece as the origin of beauty and culture, where there was a wonderful freedom of movement that has since vanished.”

As for the younger designers starting off now, he advised: “To create the future, you have to pay attention to the past.” 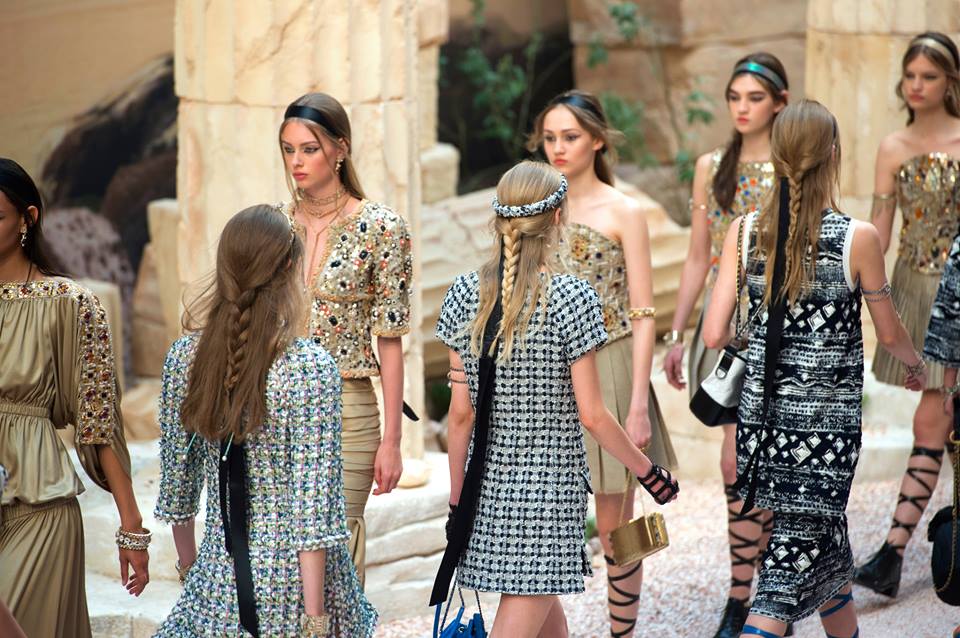 The Gucci fashion house had requested earlier this year to use the site of the Acropolis, an UNESCO World Heritage Site, for a fashion show but was turned down by the culture ministry.