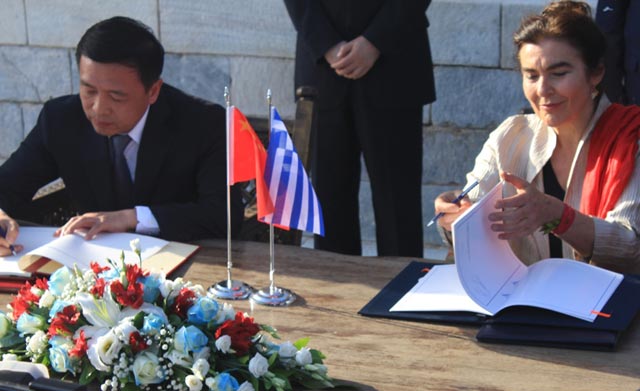 The two agreements pave the way for the coproduction of films and the translation and publication of contemporary literary works from both countries. 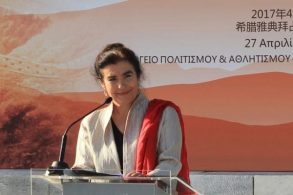 “Despite the fact that Greece is a good way from China, and has a different historical and social development, we are proud of our very important cultures… both always linked, sharing mutual admiration,” said Qun.

Koniordou went on to inaugurate two shows to run in the next three weeks at the Byzantine Museum: “Chinese Stories” featuring daily items and an exhibit casting the spotlight on 24th Winter Olympics to be held in Beijing in 2022.

Among others, the Chinese have expressed interest in hosting “The Greeks: From Agamemnon to Alexander the Great”, the Antikythera Mechanism display and the “Vanity” jewelry collection.

Parallel events in literature, art, theater, music, film as well as research and technology in the fields of cultural heritage, restoration and preservation will take place in both countries within the framework of the Greece-China Year of Cultural Exchange. A main event is the exhibition of the Ancient Kore now on show at the Acropolis Museum which will travel to the Museum of Shanghai in autumn.

Foreign TV Productions Focus on Greece in May