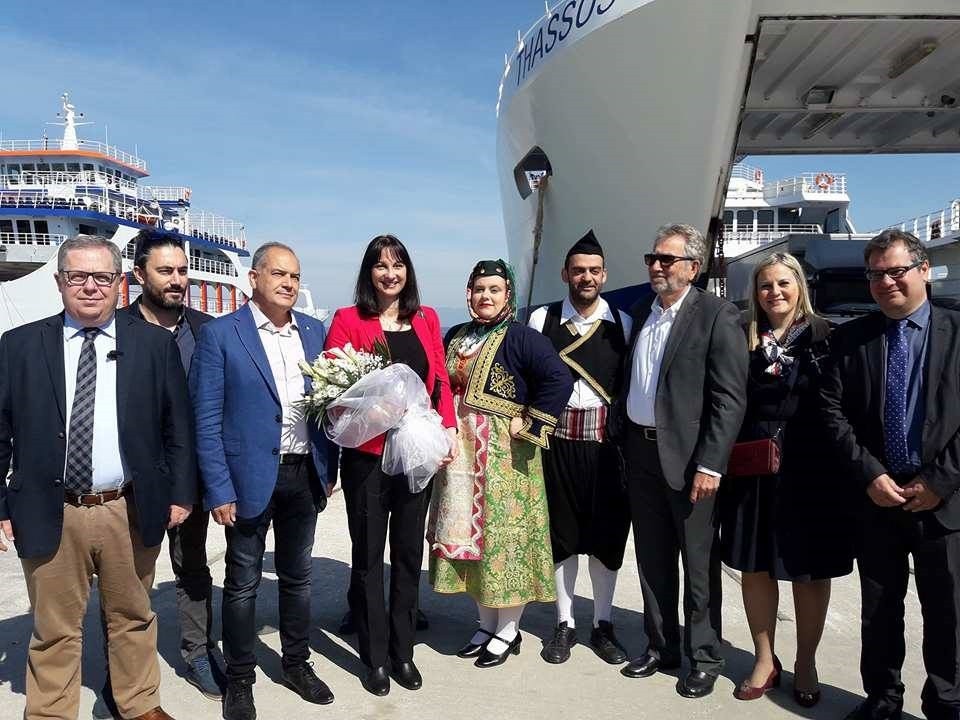 Tourism Minister Elena Kountoura is touring Greece in efforts, ahead of the tourism season, to coordinate promotional activities across the country’s destinations.

The minister visited the Eastern Macedonia – Thrace Region on Wednesday, including Alexandroupolis,  the island of Thassos,  where she met with its mayor, Costas Hadjiemmanuil, and Kavala.

In Alexandroupolis the minister met with local and regional authorities, Thrace hoteliers, trade and entrepreneurship association members as well as local sector professionals.

Kountoura reiterated the ministry’s goal to make Greece a year round destination, which she said is already bringing in positive results citing the increased visitor numbers in 2015-2016 and the high demand for 2017.

The minister underlined the need for cross-country coordination and cooperation and said the focus should now be on promoting alternative forms of tourism, thematic tourism – centered around culture, religion, spa, health and wellness, cruise, city-break and gastronomy – upgrading infrastructure and ensuring accessibility.

On the island of Thassos, the minister was presented with a set of priorities laid out by local administration, including the development of general and special tourist infrastructure, marinas and diving parks; the promotion of thematic tourism based on the island’s natural offerings; the extension of the tourist season and the targeted promotion of the island’s tourism product to international tour operators.

Kountoura also visited Kavala, where she met with Nestos Mayor Vangelis Tsobanopoulos and local stakeholders and discussed ways to promote the region to international markets.

Greek Banks ‘Warm Up’ to the Tourism Sector