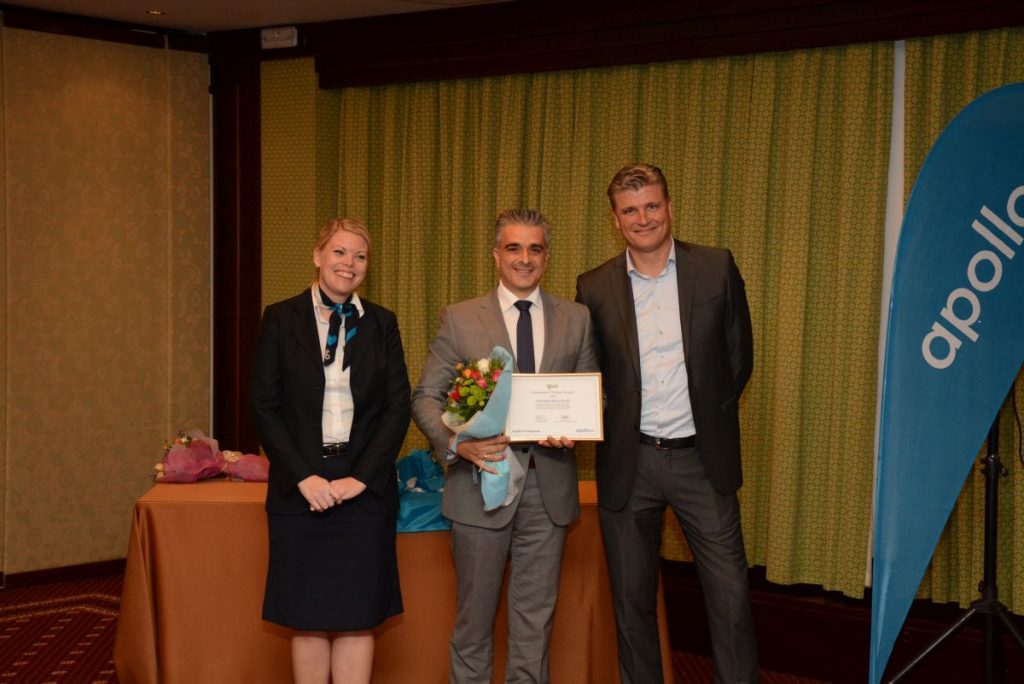 The Creta Maris Beach Resort in Hersonissos, Crete, was recently honored once again with the “Gold Customers Choice Award 2016” by Nordic tour operator Apollo Travel, during its annual event that took place in the resort’s premises. Apollo Travel is one of Nordics leading tour operators, which consists of Apollo in Sweden, Denmark, Norway and Finland and the airline Novair. 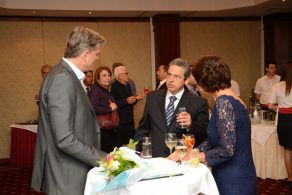 During the event, the team of Apollo Travel presented the developments, prospects and strategy that the tour operator will follow in the years to come. The Nordic tour operator awarded all the hotels of the prefectures of Heraklion and Lasithi, which were high among the preferences of its customers during last year’s tourism season.

Creta Maris Beach Resort was among the resorts that were honored and received the “Gold Customers Choice Award 2016”, an award that proves the high preference shown by its Scandinavian guests and highlights the quality of the services offered. 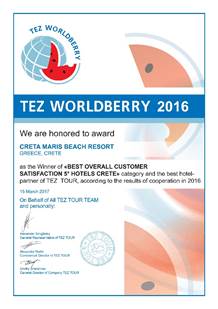 The award given by Apollo follows Creta Maris’ distinctions by Tez Tour, one of the biggest tour operators in CIS and Eastern Europe.

During an event in Moscow in March, Creta Maris received the TEZ Worldberry 2016 Award for “Best Overall Customer Satisfaction 5* Hotels Crete” and “Best Hotel-Partner of TEZ TOUR” by Tez Tour.

When receiving the award, the resort’s manager, Nikos Vlassiadis, thanked TEZ Tour Hellas’ team for the excellent cooperation and Creta Maris’ guests for the honorary distinction.

The Creta Maris Beach Resort, part of the Metaxas Group of Companies, has operated since 1975 with a capacity of 680 rooms, suites and bungalows, six restaurants, seven bars, seven swimming pools, a gym, spa, children’s facilities, conference hall, and a great space for outdoor and indoor activities.