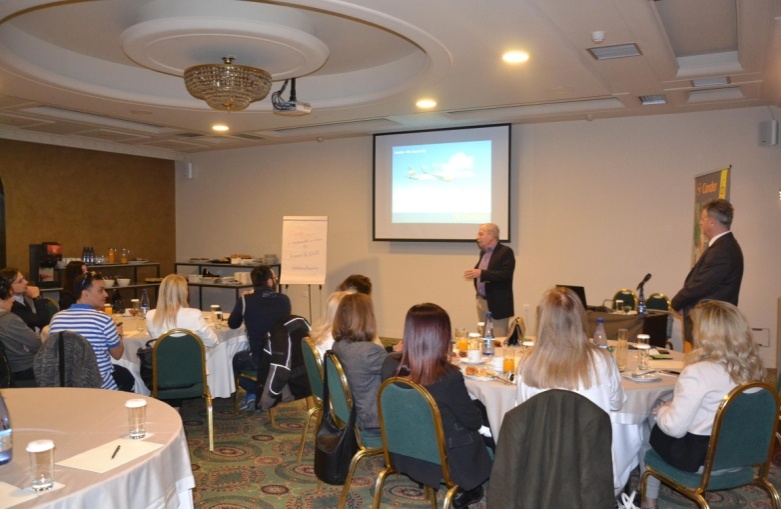 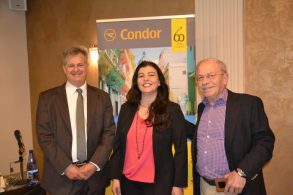 The event, held on April 25, was hosted by Discover the World – GSA of Condor Airlines in Greece & Cyprus.

“The new Condor direct flight is a great opportunity for Thessaloniki and Northern Greece to connect via Germany to Condor’s international network,” said Dinos Frantzeskakis, Director of Discover the World, adding that he hopes the flight will be operated all year round in the near future. 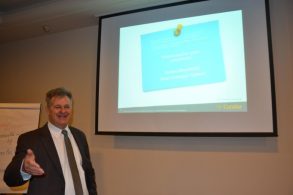 The new direct Thessaloniki – Frankfurt route was presented to the travel agents by Discover the World’s sales manager, Kostas Moschidis, who also gave insight on Condor’s latest updates on network and onboard services.

Following the presentation, a prize draw took place for two return tickets on the Thessaloniki – Frankfurt route. The lucky guest who won the prize was Popi Kerestetzopoulou from Urania Maas Travel. 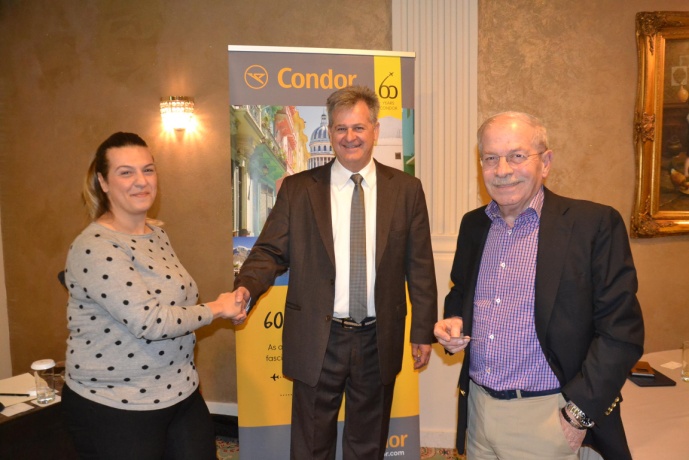 The event was also attended by Georgios Bazmadelis, Head of the Tourism Department of the City Hall of Thessaloniki.