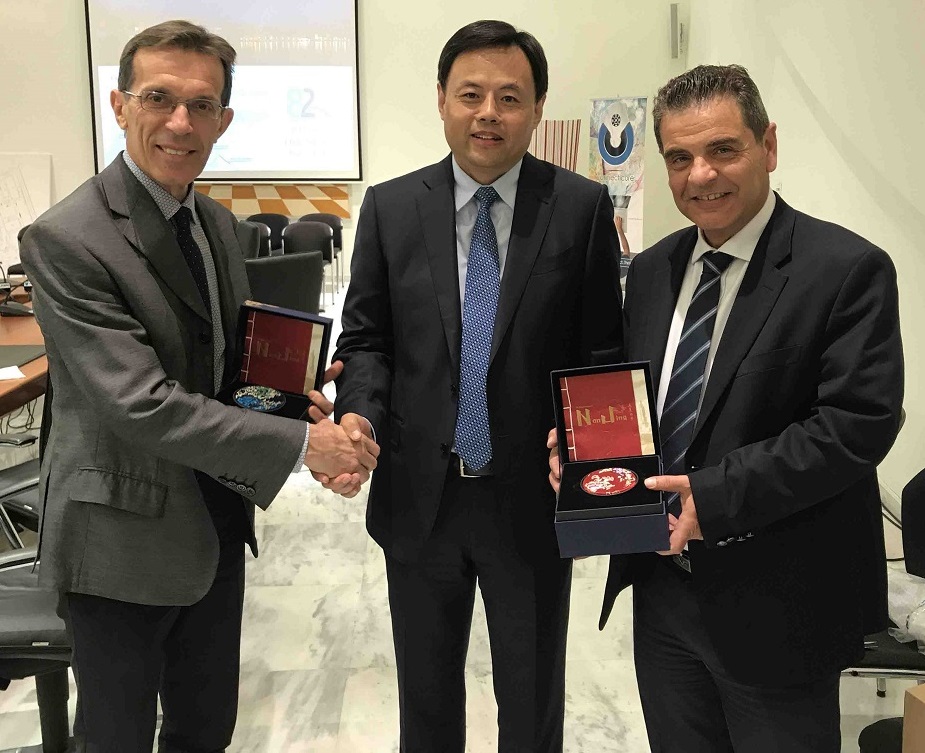 As 2017 marks the “Year of Cultural Exchanges” for Greece and China, Chinese Assistant Culture Minister Yu Qun recently visited the northern city of Thessaloniki and met with representatives of Greece’s main exhibition body TIF-Helexpo. Discussions focused on the cultural cooperation between both countries and on China’s participation as the honored country at the 82nd Thessaloniki International Fair (TIF), due to take place in September.

Visiting Greece for the first time, Minister Qun stated that the 82nd TIF could be the starting point of a collaboration between Greek and Chinese museums and could pave the way for the display of Greek art in China. According to Qun, more and more Chinese tourists are currently seeking cultural destinations, such as Greece, making it an ideal destination. The minister said China’s outgoing tourism had increased by 20 to 30 percent, while Greece, Southeastern Europe and the Eastern Mediterranean could become the main destination spots for the Chinese.

On his part, the president of TIF-Helexpo, Tasos Tzikas, said that China’s participation in the 82nd TIF would enhance cultural cooperation between the two countries, while the exhibition body’s CEO, Kyriakos Pozrikidis, underlined that visitors to the fair will have the chance to get familiar with the Chinese art, through a series of events.

Alitalia: No Changes to Flight Schedule or Operations