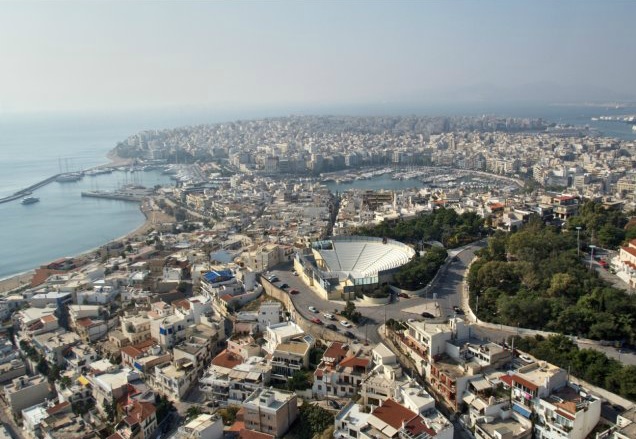 Transforming the port city of Piraeus into a major tourism destination, improving the standard of living and upgrading the infrastructure are at the center of an urban renewal program budgeted at 15,000,000 euros, municipal authorities announced recently.

Focus of the integrated urban development program will be on the revitalization of Piraeus’ former industrial zone and the area around Agios Dionysios.

“The redevelopment of the Agios Dionysios district is an extremely important opportunity for the economic, urban, commercial, social, environmental and tourist development of Piraeus,’’ said Piraeus Mayor Yannis Moralis. “Our goal is to change the image of the city; for Piraeus to gain financial standing, strong business, become an attractive tourist destination and also to create the conditions for new jobs,” he added.

Other plans include the establishment of a multidisciplinary research and business innovation center focusing on ”blue growth” budgeted at 1,800,000 euros. Authorities aim through such projects to leverage private resources for the further development of the region, including the Piraeus Port Plaza investment set to transform the former Papastratos tobacco factory already underway.

The idea behind the redevelopment program is to introduce more green space, recreation areas, pedestrian walkways and ensure accessibility. In this direction, municipal authorities announced earlier this year the establishment of a historic route that will highlight the port city’s ancient history and landmarks with a pedestrian walkway across Zea Marina.