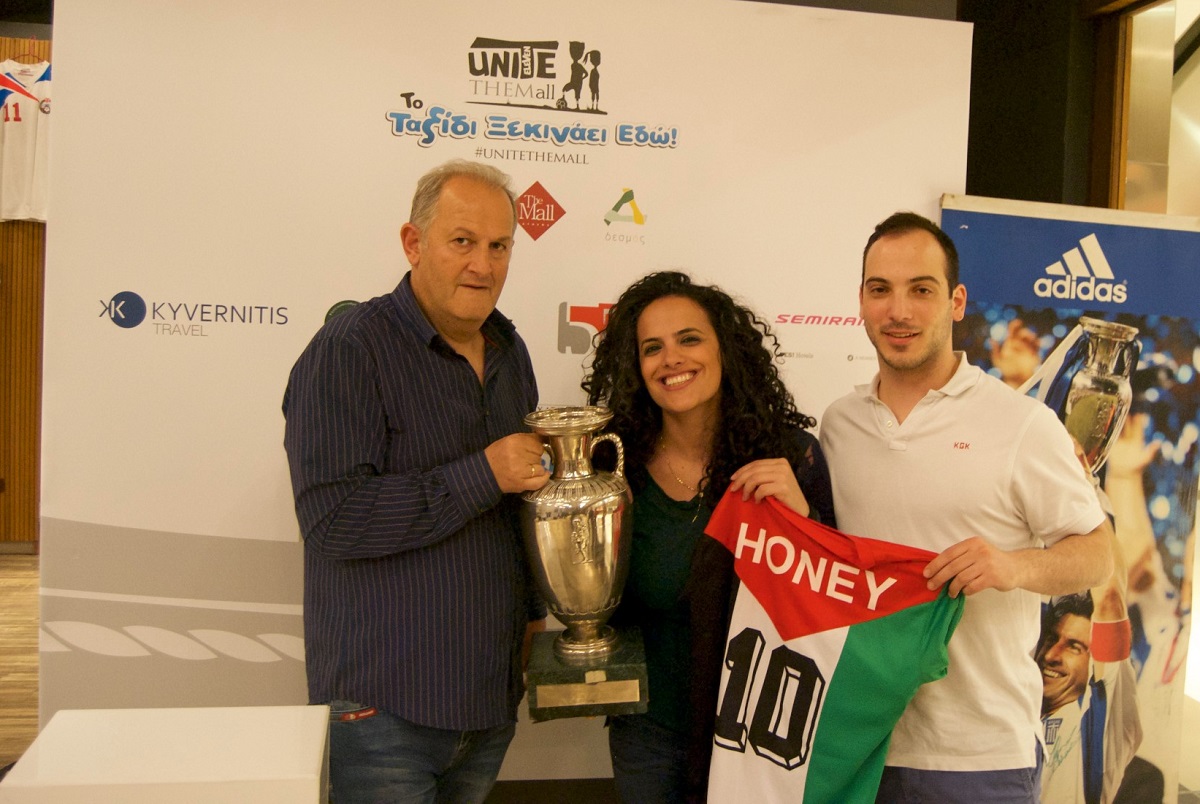 Organized by Eleven Campaign and Desmos Foundation, “UniteTHEMall” was held from March 31 to April 2 at The Mall Athens and brought together professional athletes and sports fans.

“Children are the future and they should remain our priority. Playing sports is healthy and provides them with good incentives,” said Yiorgos Kyvernitis, Vice President of Kyvernitis Travel. “We must not be indifferent of phenomena such as racism that concern our society. Kyvernitis Travel supports initiatives, which promote healthy role models and behaviors and help those in need,” he added.

Various activities, including free games and competitions took place at especially designed “stations” of  The Mall Athens, each one representing a different country. Participants had the opportunity to compete for many prizes including a 2015 UEFA Supercup official ball signed by Barcelona F.C. athletes and be photographed holding the Euro 2004 cup.

Renowned football athletes were present, such as Mihalis Kakiouzis, Antonis Nicopolidis and Thodoris Papaloukas, as well as some of Greece’s major football clubs, including AEK (F.C. and B.C.), Panathinaikos F.C. and Panionios B.C.

Eleven Campaign plans to create a documentary, which would help raise awareness on the issue of racism and promote mutliculturalism.