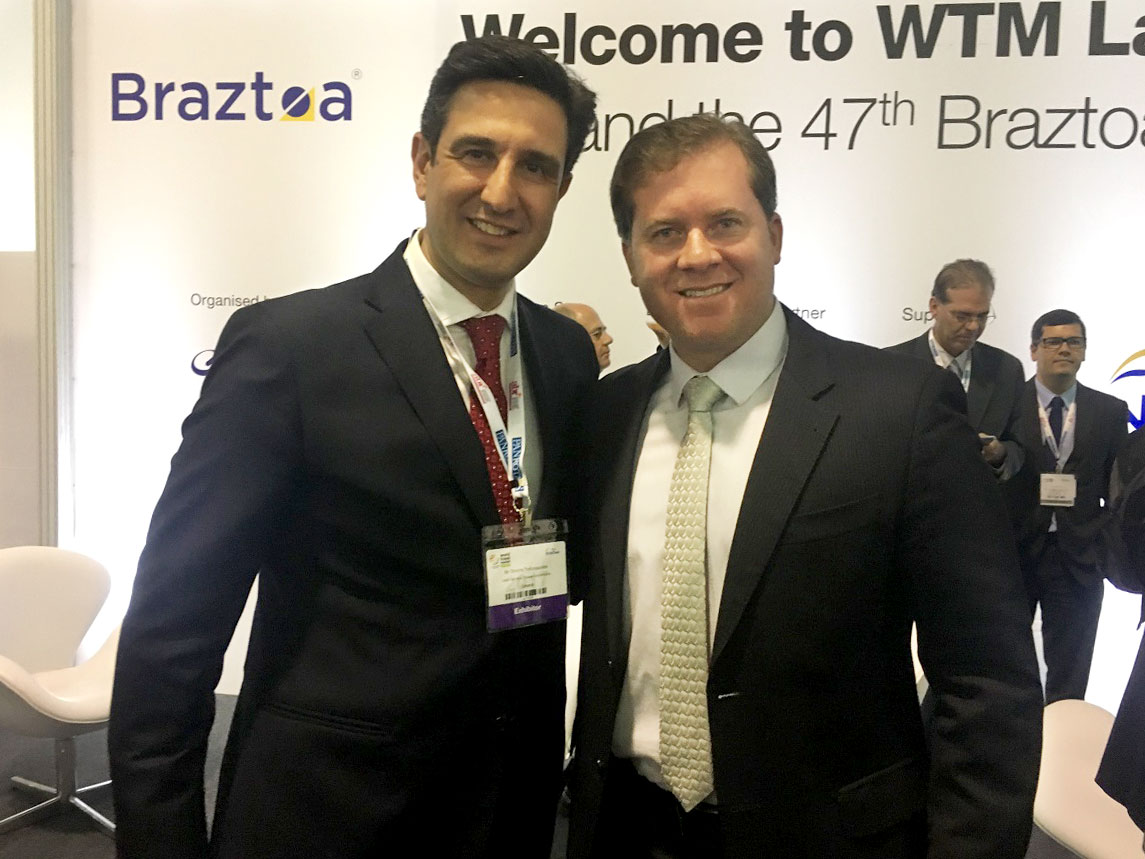 Tryfonopoulos met with the Tourism Minister of Brazil, Marx Beltrao and discussed ways to strengthen tourism ties between the two countries.

Alternative forms of tourism such as pilgrimage tourism, cultural tourism and educational tourism were discussed during Tryfonopoulos’ meeting with Laercio Benco, Tourism Secretary-General of the Region of Sao Paulo and David Barioni, CEO of the Sao Paulo Tourism Organization. All parties agreed to proceed with a common tourism strategy, which would increase tourism flows between Greece and Brazil.

The Greek secretary general also met with Magda Nasser, the President of the Brazilian Association of Tourism Operators (BRAZTOA) and discussed on setting up a framework of cooperation, which would ensure the exchange of know-how and the development of new tourism services, that would attract Brazilians to Greece.

In its fifth year, WTM Latin America 2017 was held April 4-6 and included services and tourism products from 50 countries, spread out among more than 600 exhibitors, including the GNTO. The event attracted some 6,500 visitors from all over the world. The Greek pavilion was inaugurated by Tryfonopoulos in the presence of General Consul of Greece to Sao Paulo, Konstantinos Konstantinou.