Tourists to Walk Through Greek Culture on the ‘Epirus Trail’ 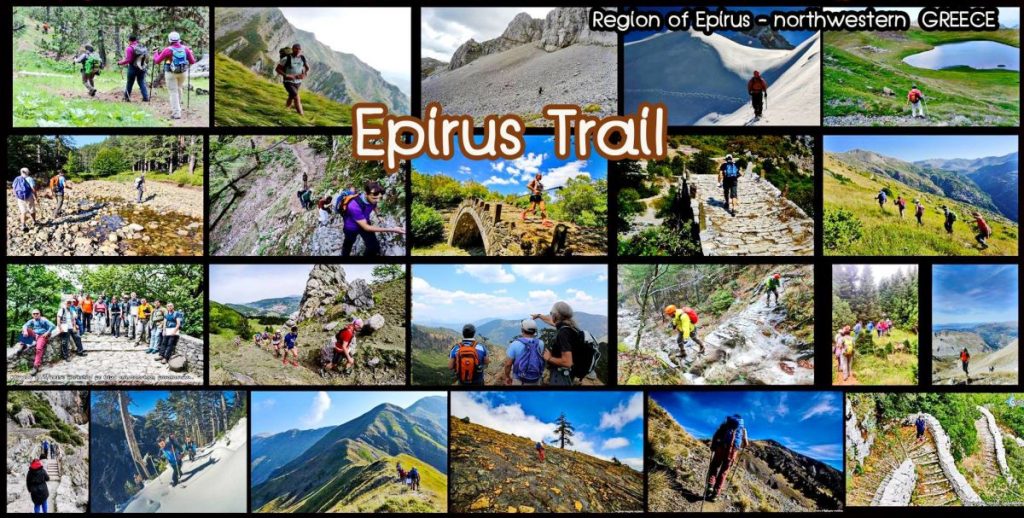 The Region of Epirus, northwestern Greece, is aiming to combine hiking tourism with culture and offer visitors a chance to experience the destination’s history by walking on the Epirus Trail, a 400-kilometer footpath.

Works on the first phase of the Epirus Trail, which will pass through the remote regions of Epirus and continue through Konitsa, Zagori, Metsovo and Tzoumerka, launched earlier this year. Future plans see the trail extending towards Macedonia. Ilias Gartzonikas from the region’s tourism department, expects to introduce completed sections of the trail by next year. 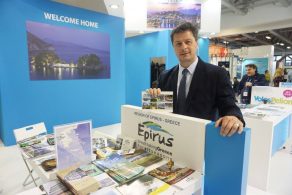 Ilias Gartzonikas, Region of Epirus, Department of Tourism, at the ITB Berlin trade show in March.

“Our goal is to combine hiking tourism with culture… This 300-kilometer path passes through very interesting places full of history and we want to include this history on the trail, so Greek or foreign hikers will first feel the power of the region, its history and its quality and then begin their hike… This will make our visitors our ambassadors and they will spread the word,” Gartzonikas told the Greek Travel Pages (GTP).

“After June we will begin with the construction works that are necessary on some trails so we can receive certification. I believe that in a year parts of the trail will be certified piece by piece,” he added.

Professionals and visitors to the ITB Berlin 2017 tourism trade show held in March already got a first sample of the Epirus Trail. A section of the Epirus Trail that passes through Metsovo, the Ursa Trail was recently certified as a Leading Quality Trail – Best of Europe by the European Hiking Federation (ERA). The trail was introduced to an audience during an event of the German Hiking Association (DWV) held on the sidelines of ITB 2017. Other trails in Greece certified as leading quality trails and included among the best in Europe include the Andros Trail and the Menalon Trail in Arkadia.

The Ursa Trail, an initiative of the Metsovo Athletic Association, is a footpath of 40 kilometers that passes through the town of Metsovo and included in the 400-kilometer Epirus Trail project.

Works on the Ursa Trail had launched in 2015 and were based on a cooperation between the region and the German-Greek Assembly (DGV)*, which is also assisting for the certification of the whole Epirus Trail.

At the ITB trade fair last month, the Epirus Trail was promoted as part of the region’s broader alternative tourism offering.

The most popular markets for Epirus include Germany, Italy, the UK and Israel. Denmark is expected to be added to the list as a new agreement with Swedish tour operator Apollo has been made and includes the launch of direct flights from Copenhagen to Ioannina in June. Apollo may also launch flights between Stockholm and Ioannina at a later stage, this way giving Swedish visitors the chance to experience Epirus.

* The German-Greek Assembly (DGV) is a civil society organization established by the German Chancellery during the first peak in the so-called debt crisis.