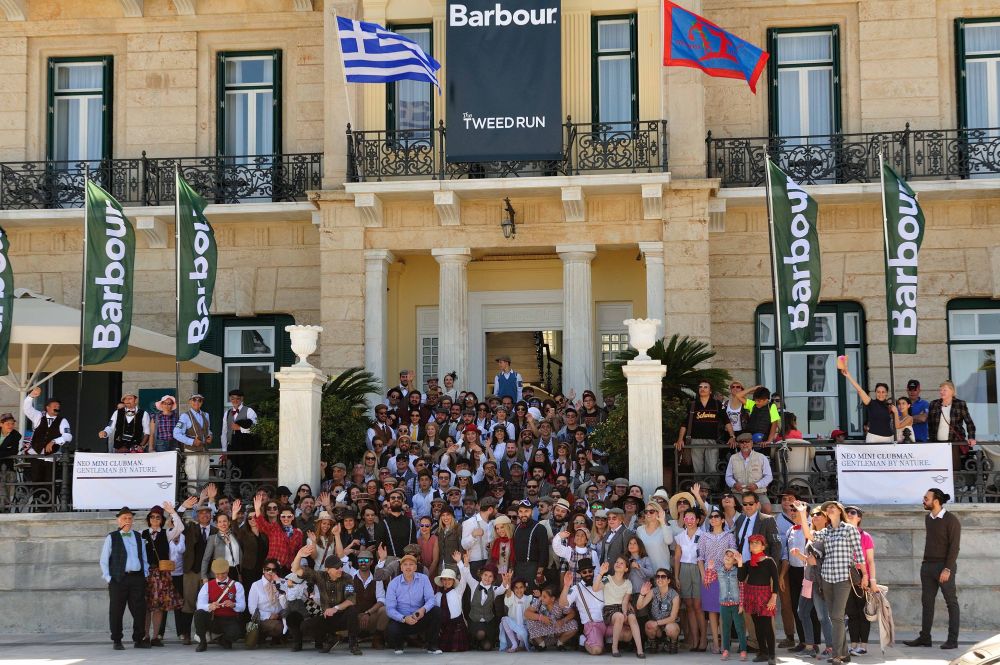 The island of Spetses in the Argosaronic Gulf will once again host the much loved spring ride, “Tweed Run” during April 21-23. Poseidonion Grand Hotel will be the starting point for dozens of bicycles and elegantly dressed vintage cyclists who will set off to explore every corner of Spetses and discover the beauty of the “island of aromas”, at the most wonderful time of the year. 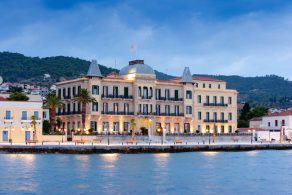 The event originally began in London and then spread to New York and Tokyo, arriving in Greece for the first time in November 2014, within the framework of the 100th anniversary of the Poseidonion Grand Hotel.

The Greek “Tweed Run” has acquired its own distinct identity, combining the English influence and local traditions, while it has become a favorite event with the locals of Spetses and its visitors.

The Poseidonion Grand Hotel Cyclists are usually dressed in vintage clothing, with emphasis being given on tweed. They ride their antique bikes and take a journey around the island, next to the horses and carriages. 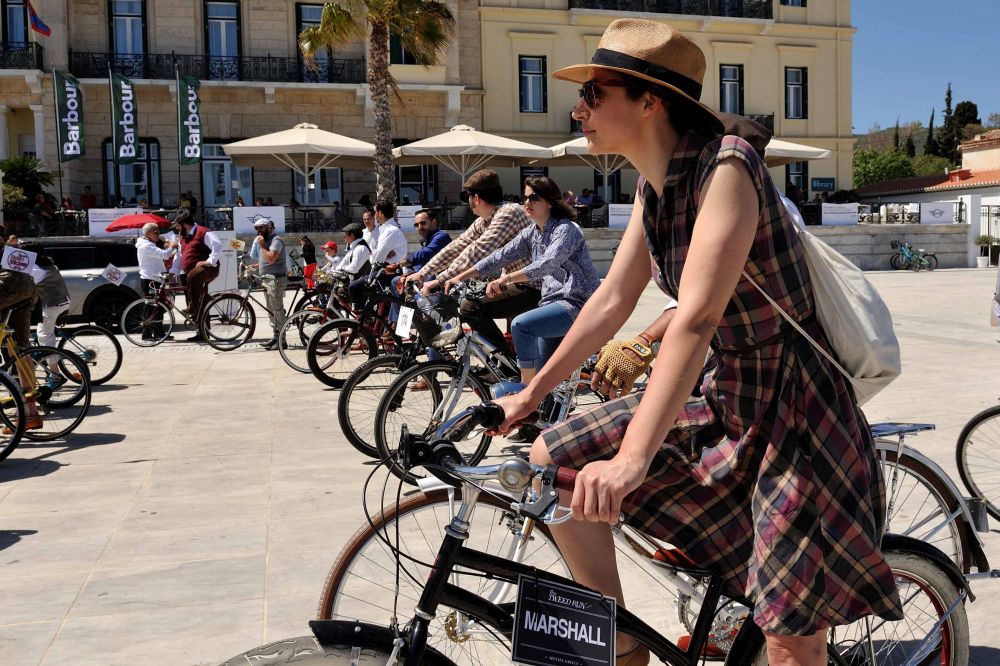 The event includes picnics with a view of the Argosaronic Gulf in the sound of jazz; stops for tea with an air of the English countryside; pageants for the most well-dressed appearances and prizes for the best bikes; races and treasure hunts amongst the historic monuments of Spetses, plus leg-pulling among friends and smiling faces. The three day event culminates in a huge party in the Poseidonion lobby, which recalls the music and dancing of yesteryear. 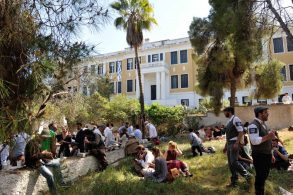 The British clothing company Barbour is the sponsor for the 4th Tweed Run, as was the case last year. Manufacturing clothes for over a century, the company is synonymous with English elegance and complements perfectly the style of the event, which is of English origin, as well as the cosmopolitan, aristocratic style of the Poseidonion Grand Hotel and Spetses.