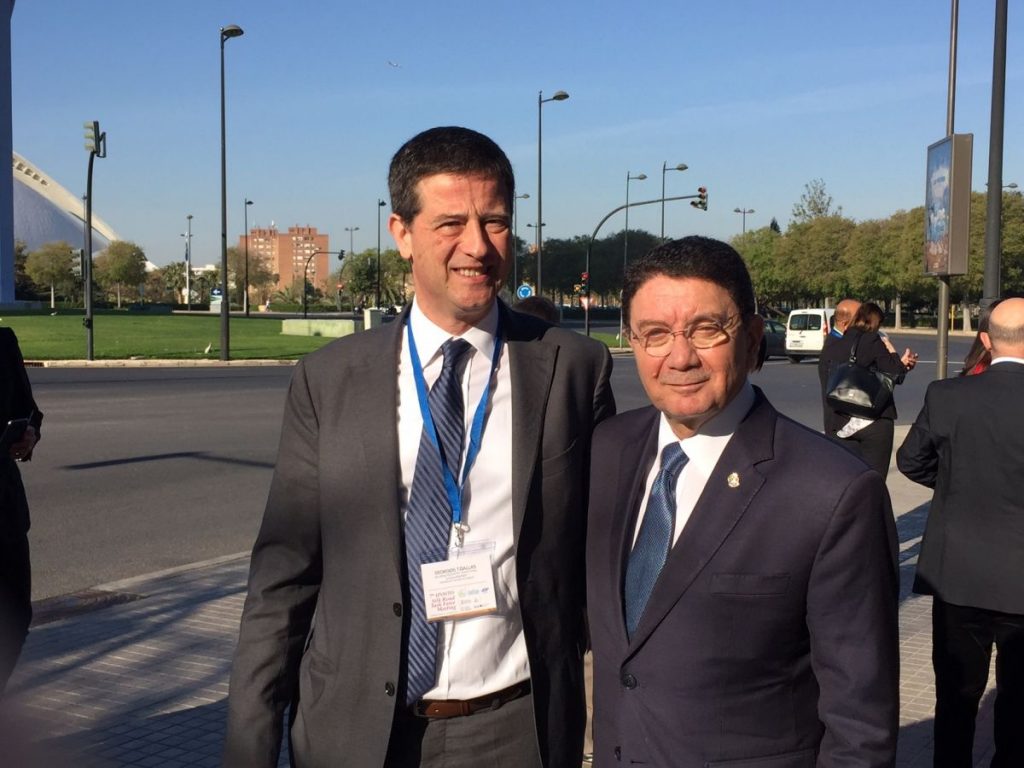 Greek Secretary General for Tourism Policy and Development Yiorgos Tziallas met with UNWTO Secretary General Taleb Rifai on the sidelines of the 7th UNWTO Silk Road Task Force Meeting in Valencia and discussed issues of cooperation between the organization and the tourism ministry.

Speaking during a session entitled “Raising Awareness for the Western Silk Road”, Tziallas referred to the role and benefits of sustainable tourism development and the Greece’s contribution to the wider planning for the promotion of natural and cultural heritage in Europe and the Mediterranean. 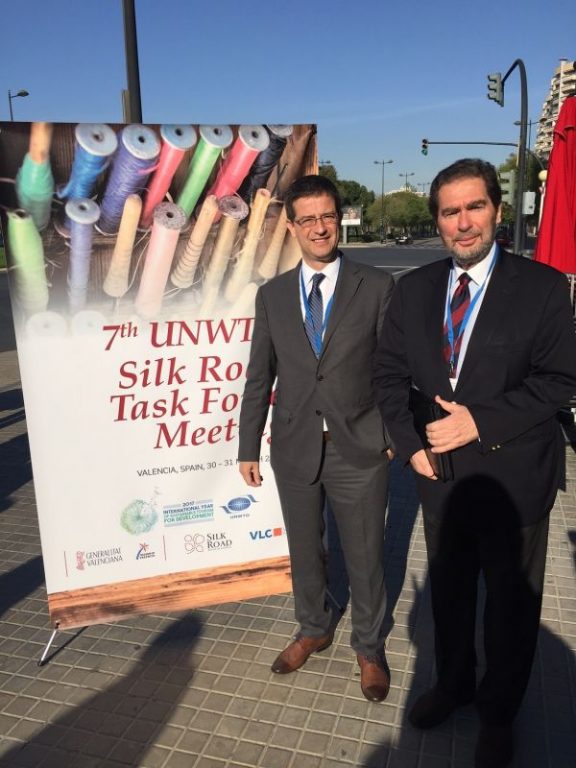 As he noted, Greece has a considerable wealth of cultural elements associated with the Silk Road. “By showcasing these cultural elements, new possibilities arise for the promotion of new Greek destinations, the diversification of the tourism product and the extension of the tourism season in terms sustainability and in accordance with the ministry’s strategic aim for all year round tourism,” he said. Tziallas also referred to the 1st International Western Silk Road Workshop which will be hosted in Alexandroupolis, the capital of the Evros regional unit in East Macedonia and Thrace, on April 26-27. Jointly organized by the UNWTO, the Greek Tourism Ministry and the Region of Eastern Macedonia and Thrace, the workshop will be the first of two to be held as part of the overarching Western Silk Road Tourism Development Initiative, a joint tourism project of UNWTO and the European Union aimed at revitalising the Silk Road heritage located throughout Europe.

*The UNWTO Silk Road Programme is a collaborative initiative designed to enhance sustainable tourism development along the historic Silk Road route. It aims to maximize the benefits of tourism development for local Silk Road communities, while stimulating investment and promoting the conservation of the route’s natural and cultural heritage. Additionally, it is working to foster greater co- operation between Silk Road countries and regions, with the established aim of creating a seamless and memorable Silk Road travel experience.

Kenshō Boutique Hotel on Mykonos Gets Ready for Grand Opening