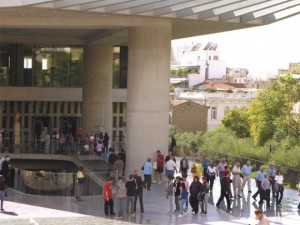 Incoming traffic to Greece, including cruise travelers, is forecast to reach 28 million this year, according to the SETE Intelligence March report released this week. Tourism revenue is expected to reach up to 14.5 billion euros in  2017.

The research body of the Greek Tourism Confederation (SETE) is expecting a good year ahead despite the ongoing geo-political instability and Greece’s lingering negotiations with its creditors.

SETE Intelligence cites tour operator data as well as the following factors for its estimates: an increase in the demand for and launch of airline routes to Greece for the summer ahead, improved consumer confidence in tourism markets (apart from Italy and the UK), IPK and UNWTO estimates for further tourism growth globally as well as the dynamic return of the Russian market.

SETE Intelligence adds that the positive forecast is also backed by the completion and handover of the management of 14 regional airports to Fraport Greece, the operation of new hotel units in Greece to be managed by international giants, Wyndham and Accor, and the inclusion by the Telegraph of the Acropolis and Benaki museums among the world’s most incredible museums alongside the ΜΟΜΑ, the Louvre, the Prado and the V & A.