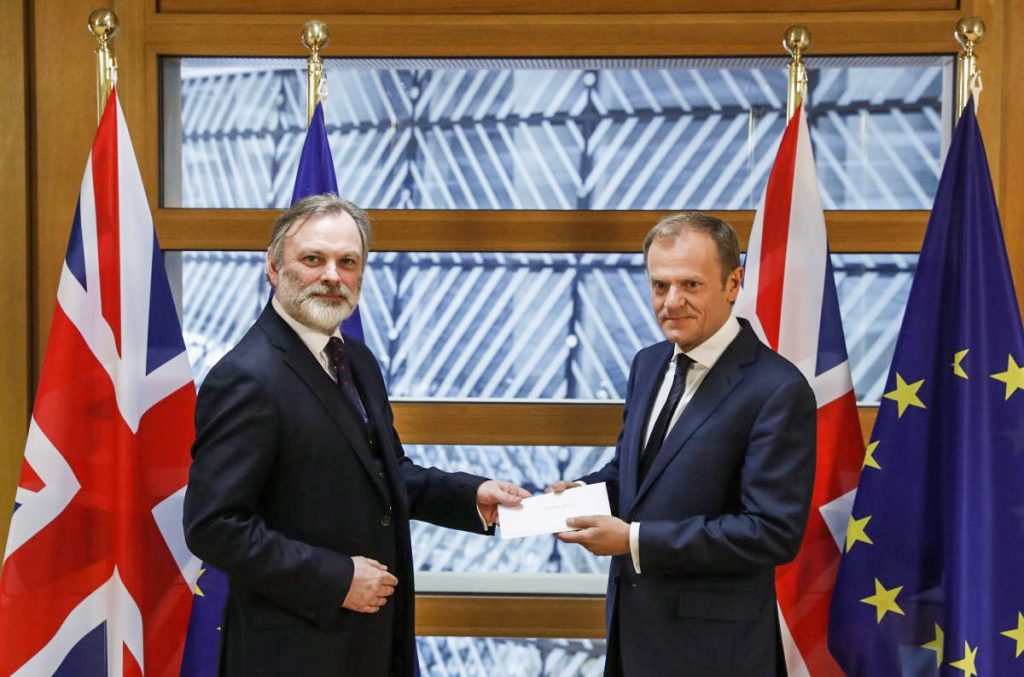 The Article 50 notification letter was delivered to European Council President Donald Tusk by British Ambassador to the EU Tim Barrow on March 29.

On Wednesday, March 29, 2017, UK Prime Minister Theresa May triggered Article 50 of the Lisbon Treaty, officially launching Britain’s exit from the European Union. The Article 50 notification follows the results of the UK referendum on 23 June 2016.

The British PM sent an official six-page letter to European Council President Donald Tusk in Brussels, confirming the UK Government’s decision to invoke Article 50 of the Treaty on European Union.

“The Article 50 process is now underway and in accordance with the wishes of the British People, the United Kingdom is leaving the European Union,” PM May said in her statement to the House of Commons, which coincided with the letter’s delivery.

“This is an historic moment from which there can be no turning back. Britain is leaving the European Union. We are going to make our own decisions and our own laws. We are going to take control of the things that matter most to us. And we are going to take this opportunity to build a stronger, fairer Britain – a country that our children and grandchildren are proud to call home.” 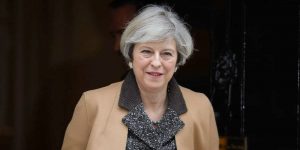 PM May underlined that the UK understands that “there will be consequences for the UK of leaving the EU,” referring to Britain losing influence over the rules that affect the European economy. “We know that UK companies that trade with the EU will have to align with rules agreed by institutions of which we are no longer a part, just as we do in other overseas markets. We accept that.”

She further underlined that Britain will approach negotiations with the EU “constructively, respectfully, and in a spirit of sincere cooperation” for it is in the interests of both the UK and the EU that to use this process to deliver their objectives in a fair and orderly manner.

On his part, European Council President Donald Tusk said in a statement following the UK notification: “There is no reason to pretend that this is a happy day, neither in Brussels, nor in London”. Tusk added that the community of 27 would remain “determined and united” in the negotiations ahead: “Our goal is clear: to minimise the costs for the EU citizens, businesses and member states.”

Tusk concluded his statement by saying: “We already miss you”.

The UK’s withdrawal from the European Union is expected to take two years.

IATA Calls for Alternatives to Electronic Restrictions on Certain Flights