Thomas Cook: Bookings for Holidays in Greece Up 40% 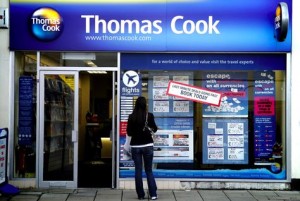 Bookings for holidays in Greece are up 40 percent on last year, UK travel giant Thomas Cook said in a trading update on Tuesday.

According to the company’s CEO Peter Fankhauser, the tour operator expanded its offering in Greece this year following a drop in demand for Egypt and Turkey due to safety concerns and political turmoil. In early February Thomas Cook had added 500,000 more beds to Greece.

Moreover, the company said that smaller European destinations such as Cyprus, Bulgaria, Croatia and Portugal were also recording good sales while the first signs of recovery for the destinations of Egypt and Turkey were beginning to appear. “After a slow start to the season and a tough year in 2016, we’re seeing early signs that customers are beginning to go back to Turkey and Egypt,” Fankhauser said.

Overall summer bookings for the tour operator this year are up 10 percent compared with 2016, when holidaymakers had changed their plans due to terrorist attacks in Europe.

Greece Pre-bookings from Russia on the Rise