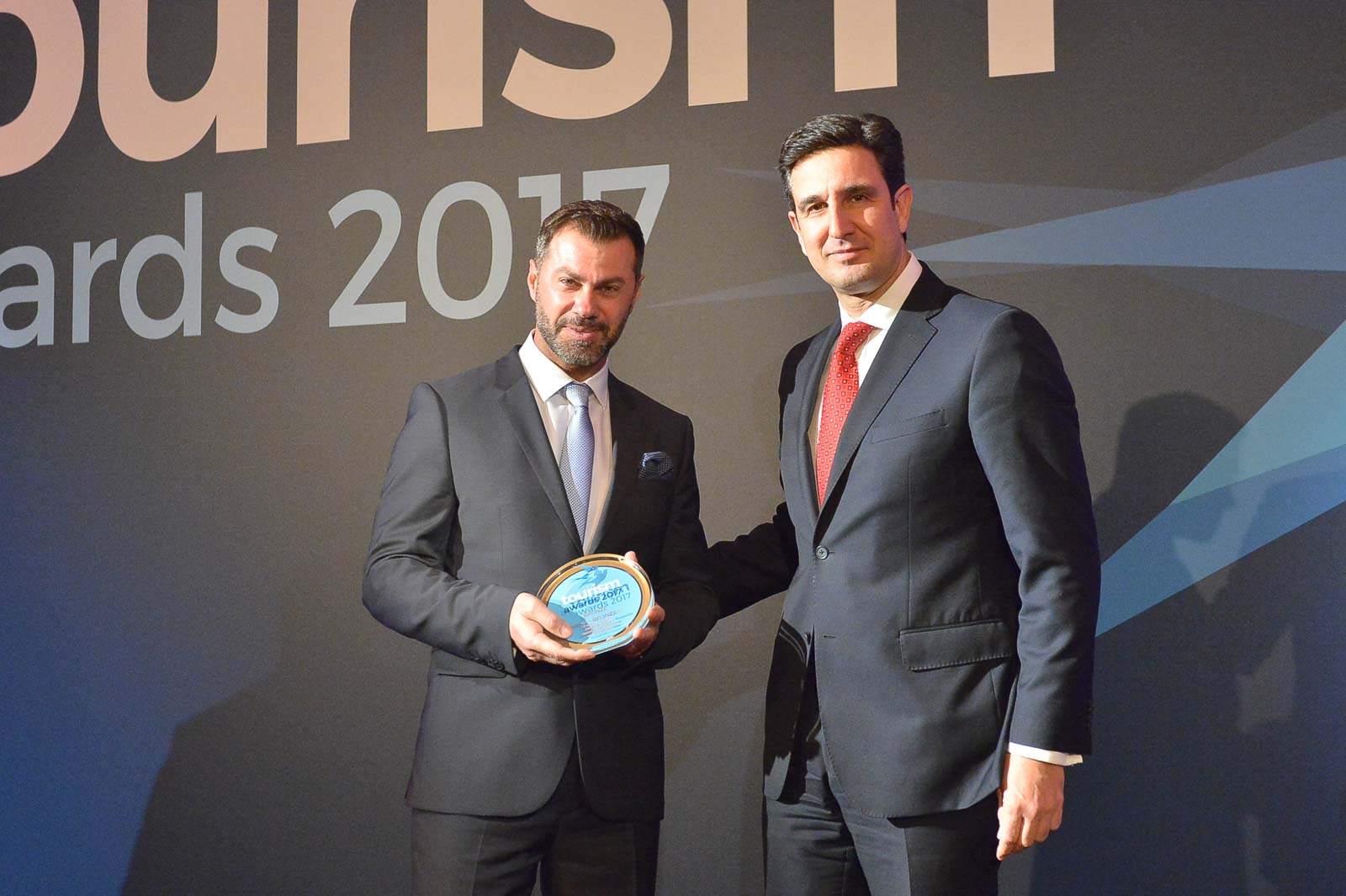 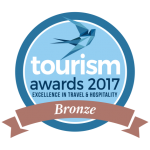 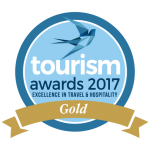 Caldera Yachting scooped two awards at the Tourism Awards 2017 held recently in Athens, taking the gold award in the “Customer Services” category for the second consecutive year and the bronze award in the “Strategy and Innovation – Initiatives” category, for extending the tourist season with its winter cruise Caldera Panorama.

The company’s CEO Yiannis Mattheos received the awards at a prestigious ceremony hosted by Boussias Communications and Hotel & Restaurant magazine at the Athenaeum InterContinental hotel in Athens. 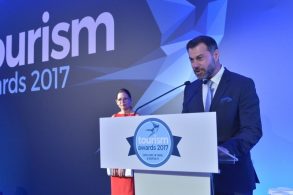 When receiving the awards, Mattheos said Caldera Yachting was taking “another step forward”, underlining the double significance of the distinction, which is a commitment but also a promise that the company will continue to create experiences for visitors of Santorini. 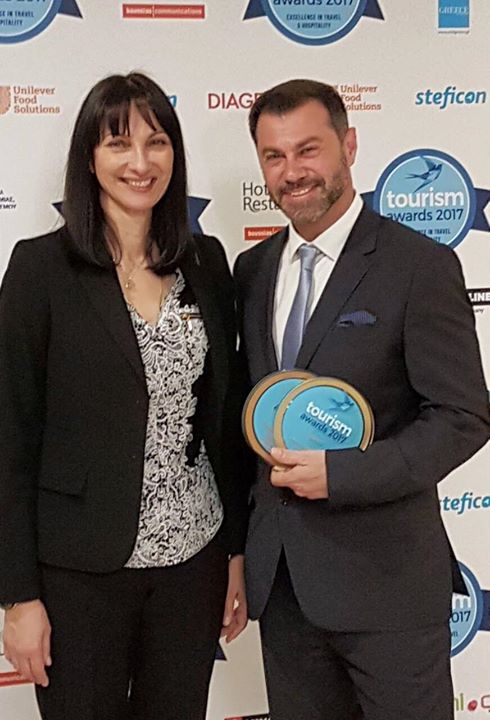 “These honors are significant for Caldera Yachting, because the company is ranked among those identified for their best practices and initiatives, which strengthen the innovation and the quality of Greek tourism,” Mattheos said.

“This year’s dual distinction is another important step in the continued growth of the company and a commitment to consistently remain focused on customer service and offering high quality services,” he said.

The Tourism Awards 2017 were held under the auspices of the Tourism Ministry and the Greek National Tourism Organization.

The Greek Travel Pages (GTP) was a media sponsor of Tourism Awards 2017.