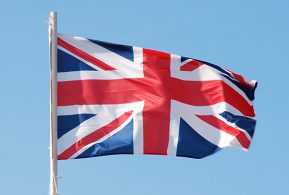 World leaders have come together after Wednesday’s fatal attack outside Parliament in London, expressing their solidarity and concern.

US President Donald Trump offered his condolences and praised UK security forces pledging the the US government’s “full cooperation and support” in bringing those responsible for the attack to justice.

German Chancellor Angela Merkel said her thoughts were “with our British friends and all of the people of London… I want to say for Germany and its citizens: We stand firmly and resolutely by Great Britain’s side in the fight against all forms of terrorism.’’

European Commission President Jean-Claude Juncker said in a statement that the people of Brussels and Belgium had “suffered a similar pain and felt the support of your sympathy and solidarity”.

Meanwhile, the Greek Foreign Ministry issued a statement on Wednesday, condemning ”the heinous and cowardly act of terrorism perpetrated’’ in London.

”Greece unequivocally condemns terrorism and stands by the government and people of the United Kingdom. The Greek Embassy in London is monitoring developments closely, in cooperation with the competent British authorities,’’ the statement read.

British authorities have detaining eight people in London and in Birmingham, as they continue the investigation.

Meanwhile, Prime Minister Theresa May said the assailant – who used a car to run down pedestrians, killing two, and stabbed a police officer to death outside Parliament – was a British-born man investigated in the past for connections to extremism.

“The terrorist chose to strike at the heart of our capital city, where people of all nationalities, religions and cultures come together to celebrate the values of liberty, democracy and freedom of speech,” May said.

London Mayor Sadiq Khan added that “Londoners will never be cowed by terrorism.”

Some 40 people were wounded in the attack including two Greek nationals.

Fraport Shows Revamp Plans for the 14 ‘Gateways of Greek Tourism’

Kountoura Expects 2017 to be a ‘Great Year’ for Greek Tourism