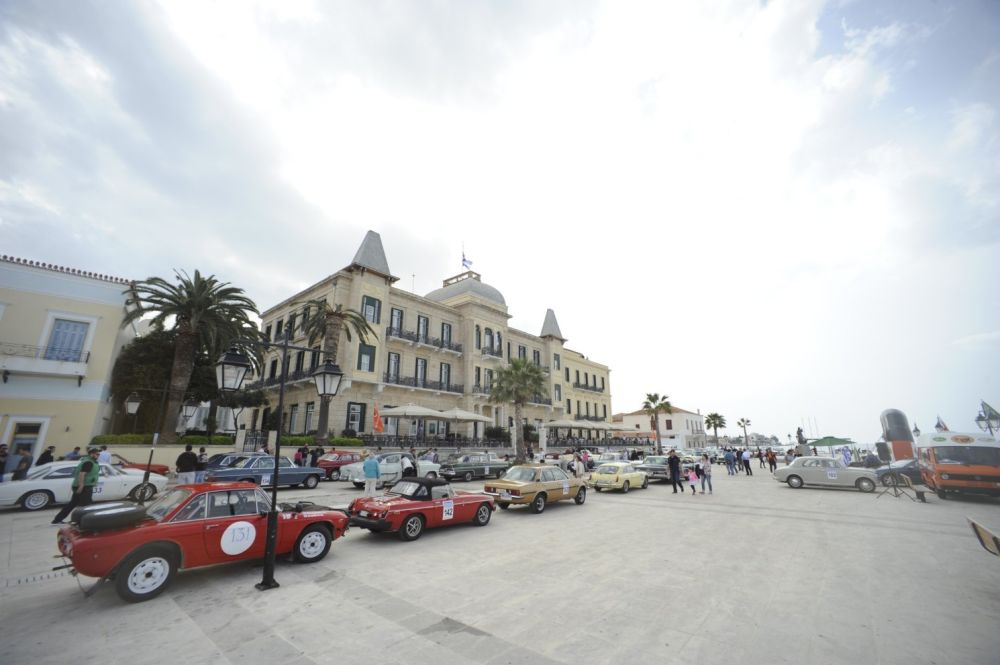 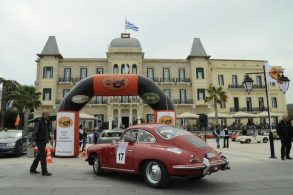 The Poseidonion Hotel and the island of Spetses will welcome the Spring Classic Car Rally Philpa (Friends of Old Cars) for the fourth year.

From April 8-9 Poseidonion Square will be filled with a collection of antique vehicles on an island which is normally car free, creating a stunning contrast between the historic hotel in the background and the island’s unique natural beauty in springtime.

Once again antique cars of all ages, from 30 up to 95, will meet up at Corinthos on Saturday morning where it will be decided which vehicles will run in the “Regularity” category that includes “Special Trials”, or in the Trophy tour with less “Special Trials”.

The one hundred cars which will take part in the rally then commence the drive down through the beautiful scenery of the Peloponnese until they reach Costa. From there, they will be transported by ferry across the Argosaronic Gulf to the island of Spetses. On arrival, the vehicles will congregate in the Poseidonion Square in front of the Poseidonion Grand Hotel, taking their places for the race. On the following day the participants will drive around the island of aromas, taking in the natural beauty of the Spetsian countryside at its most stunning. 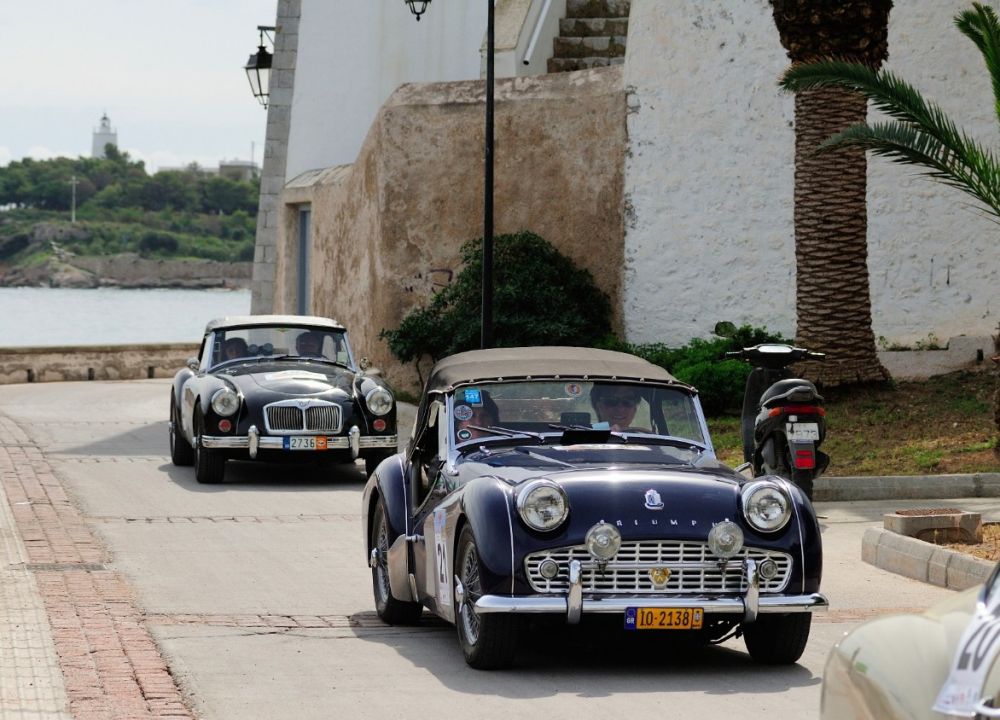 Since the commencement of the very first Spring Classic Car Rally in Spetses, the event was deemed a great success and embraced by both the island’s locals and visitors alike. 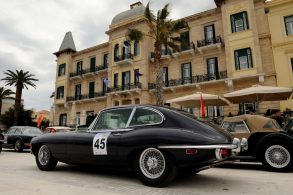 Every year the attendees have the opportunity to admire at close range some of the vehicles that are classed as landmarks in the automobile history while they parade around the picturesque lanes of Spetses. Since the rally began on the island, its streets have been graced by great names of the industry such as Bentley, Jaguar, Chrysler, Porsche, Cadillac, Maserati, Mercedes, Chevrolet and Alpha Romeo, all of which claim a place in the marvellous pageant which is organised during the event.

After three extremely successful rallies in Spetses, the Spring Classic Car Rally has continued to capture the public interest and has become a regular date in the calendar. The warm welcome which the race receives confirms its success and also rewards the efforts of the Poseidonion Grand Hotel to host events which showcase the distinguished side of the island and put it in the spotlight each year.