With the closing of nominations following the ITB travel trade show in Berlin, it has been confirmed that seven candidates are in the running for the position of Secretary-General of the United Nations World Tourism Organisation (UNWTO) for the period 2018-2021.

The position of Secretary-General is one of great importance, requiring the highest standards of efficiency, competence and integrity, as well as a firm commitment to the values and principles of the Organization. Candidates presented should have proven leadership and managerial abilities, extensive experience in international relations, and strong diplomatic and communication skills.

The nominee will be elected by the UNWTO Executive Council at its 105th session to be held on May 11-12 in Madrid, Spain, and will be recommended to the UNWTO General Assembly, which will take the final decision on the candidature for appointment to the post of Secretary-General at its 22nd session, to be held September 4-9 in Chengdu, China. 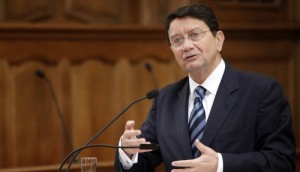 In January, outgoing UNWTO Secretary-General, Taleb Rifai, said he was privileged to hold the position of secretary-general for almost seven years at an agency he has been proud to serve for the past decade.

“During this time I have seen tourism become one of the world’s most important and impactful socio-economic sectors of our times,” he said in a statement.

“I have seen increasing commitment from the international community, with many countries realizing the potential for tourism to become a pillar of their development…  if there is one thing I will always remember from my time in this captivating and rewarding sector, it is that tourism is a sector of hope.”

Condor Takes Off with Air Namibia

Strada Marina on Zakynthos to Wrap Up Renovation in April