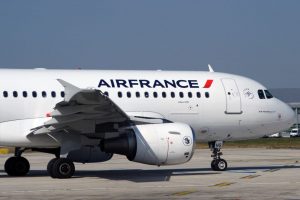 Air France cabin crew have called a three-day strike beginning on Saturday, March 18 until Monday, March 20. Travellers have been warned of potential cancellations.

According to reports, the strike has been called as the two unions are “unhappy over general working conditions”.

Air France Greece has informed that on Saturday all Athens-Paris-Athens flights will operate on schedule:

Air France flights operated by other airlines including HOP!, KLM και Delta, will not be affected by the strike.

In order to re-book or re-plan your trip due to the strike, press here.