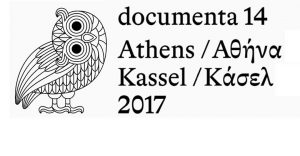 With less than a month to go for the highly anticipated “documenta 14: Learning from Athens”, to kick off on April 6-8, art lovers will have a chance to get a taste of what’s in store at Syntagma Square, currently ‘hosting’ an open-to-all creation to go on show during the event’s opening.

The open-to-all art work is one of a series of activities and projects that will be taking place around the city in the run-up to the event, which will come to a close on July 12, bringing the Greek capital into the international spotlight with more than 5,000 art authorities, including museum directors and collectors, as well some 1,400 journalists from around the world.

Directed by Adam Szymczyk, this is the first time since documenta14’s  inception in 1955, that the contemporary art exhibit held exclusively in the German city of Kassel, will be jointly hosted by a second city. After Athens, the show will open in Kassel on June 10 and run through to September 17.

Meanwhile, national carrier Aegean Airlines launches its bi-weekly (every Wednesday and Friday) direct Athens-Kassel flight on March 29 in support of the event, which is also backed by Athens International Airport, the Greek Tourism Confederation (SETE), Marketing Greece and the Athens-Attica Hotels Association.