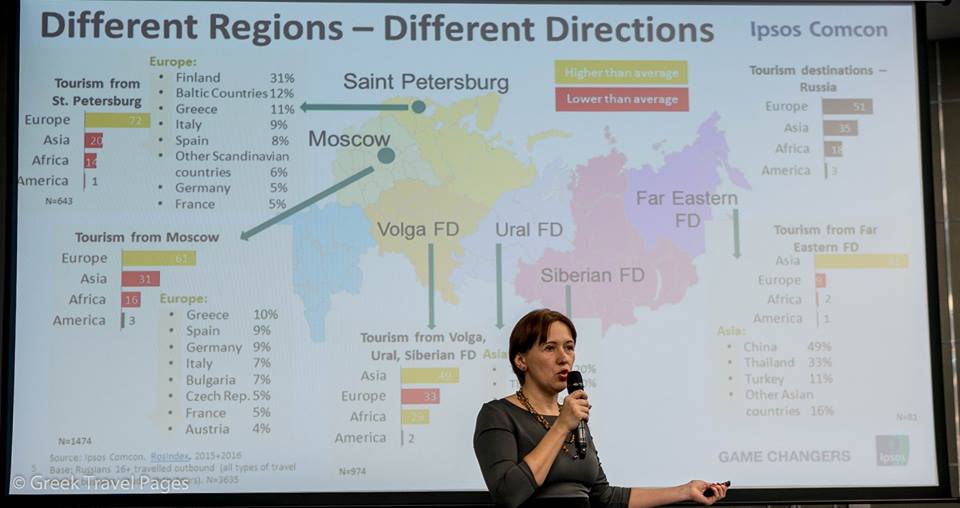 Mila Novichenkova, head of Marketing and Communications of Ipsos Comcon, presenting statistics on the Russian Market.

By Maria T. in Moscow

Outbound travellers from Moscow mostly traveled to Greece in 2016, according to a report presented on Tuesday, the first day of the Moscow International Travel and Tourism Exhibition (MITT) taking place at the Expocentre. Last year, Greece was also the third destination of choice for citizens of St. Petersberg, following Finland and the Baltic countries.

Conducted by market research company Ipsos Comcon in Moscow and presented by Mila Novichenkova, the report “Trends and opportunities in the market of Russian outbound tourism in season 2017” provided insight on trends in the travel behavior of Russians in 2016.

Following are key points of the report:

According to the report, data shows signs of improvement in the Russian economy for 2017 and travel professionals are hoping that this will lead to more Russians traveling abroad.

Moreover, the report underlined that:

During the report’s presentation, it was mentioned that Greece and Cyprus benefited from the instability in Turkey and Egypt and accommodated Russians that wanted to travel in the area. 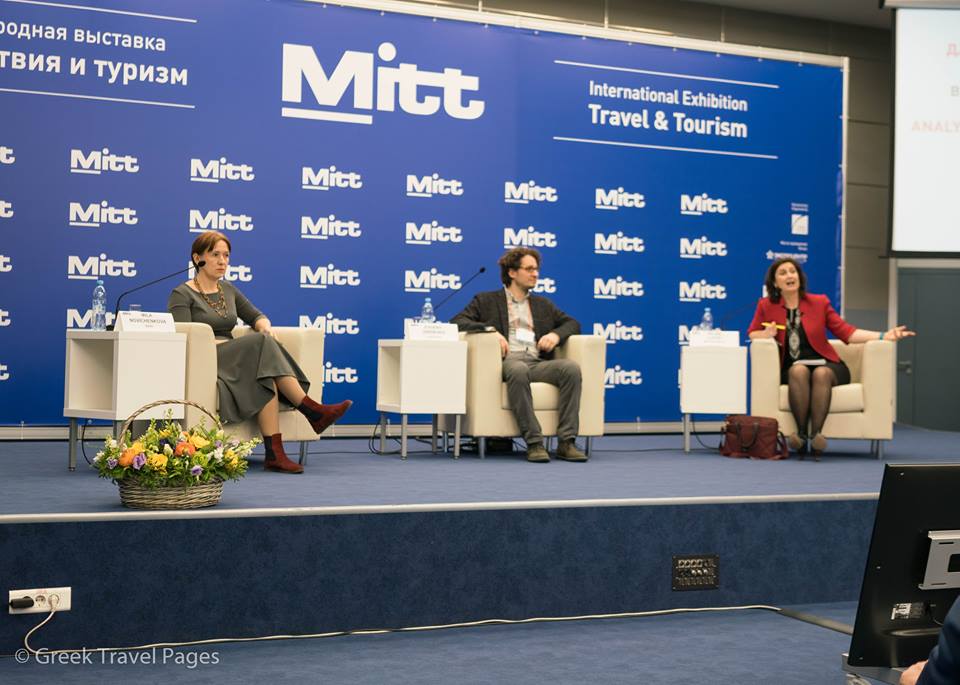 Commenting on the report, marketing expert Helene Lloyd, director of TMI consultancy – Moscow office, informed that following a difficult two years the Russian market has developed and a small upward growth in travel is expected this year.

Referring to the whole intention of the Russian market, Lloyd said that she believes the business model has changed and people are interested in discovering new destinations.

“What we see are millennials and older people that are being more adventurous than they’ve ever been before and  embarking on new destinations or going to old destinations and not going to the obvious place,” she said.

‘Russians are really after niche experiences’

According to Lloyd, people no longer travel just to lay on the beach but they actually want to have a revelation. “They want to feel renewed, they want to do something different from their daily stressful life,” she said, adding that this is particularly the case for residents of Moscow and St. Petersburg.

MITT is Russia’s largest travel show and will run until March 16. Up to 28,000 travel industry professionals and over 1,600 exhibitors are expected to attend the event in Moscow.

Fraport to Take Over 14 Greek Airports Over Next Few Weeks