Fraport to Take Over 14 Greek Airports Over Next Few Weeks

The transfer of management of 14 Greek airports to German transport company Fraport has once again been delayed.

According to the German Press Agency (dpa), the date of March 15 which was set by the company as the day of the take over, cannot be met.

A spokesman of Fraport on Monday confirmed to dpa that the completion of the process is expected in the coming weeks. However, despite the new delay, he said that the Greek side is “working feverishly” to resolve the last issues.

German-Greek consortium Fraport Greece had originally announced on March 6 that it was ready to take over the management of the airports.

The consortium of German transport company Fraport and Slentel (a unit of Greek energy Copelouzos Group) inked a 40-year contract in December 2015 with the Greek state to manage the airports at 14 regions across Greece that include three mainland gateways (Thessaloniki, Aktion, and Kavala) and 11 airports on Greek islands (Chania on Crete, Kefalonia, Kos, Mykonos, Lesvos, Rhodes, Samos, Santorini, Skiathos and Zakynthos). 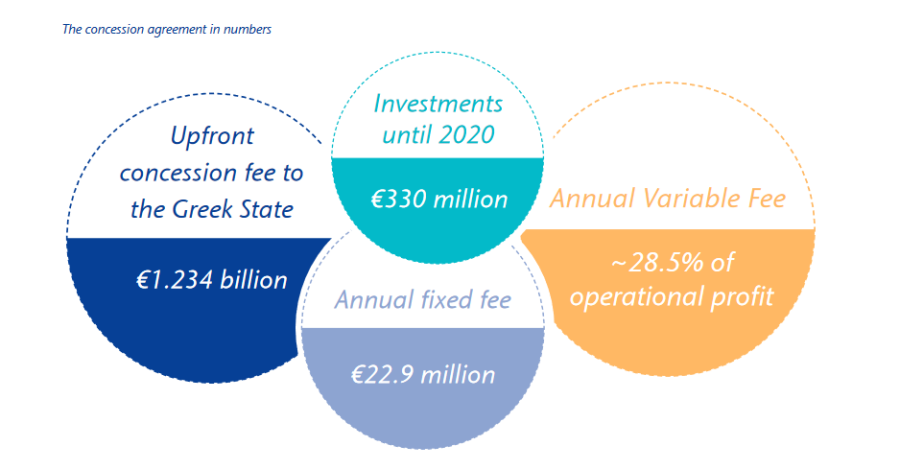