‘Gifts from Greece’ Initiative at ITB to Woo LGBT Travelers 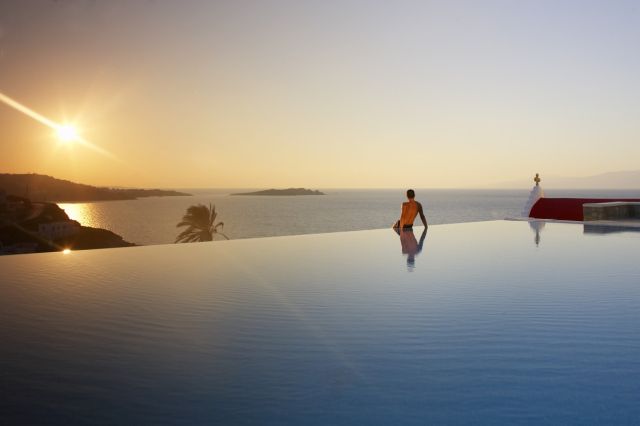 By Maria Paravantes in Berlin

”They say that we Greeks are not good at economics… but we’re good at everything else.” This is how Aphrodite Dellaporta, strategic relationships executive at digital marketing agency .LifeThink, introduced the ”Gifts from Greece” project at the ITB’s Pink Pavillion on Thursday. 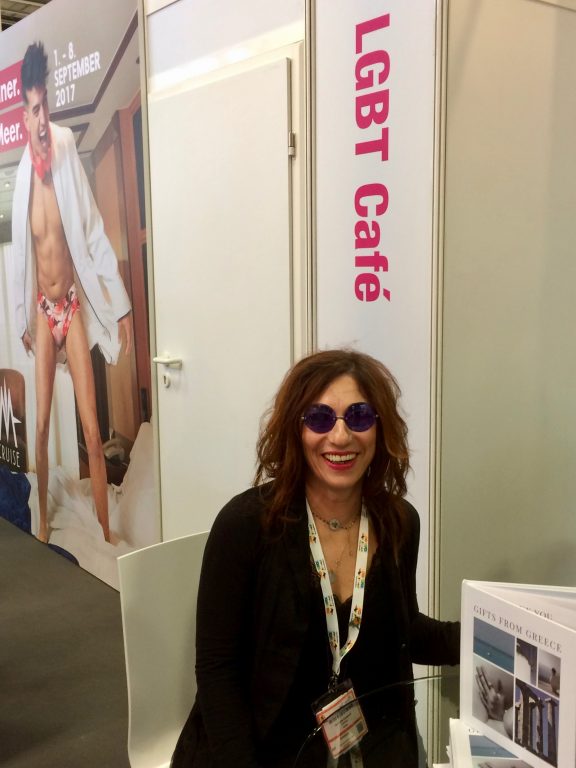 Aiming to promote choice islands and exclusive hotels for selective tastes, ”Gifts from Greece” involves a series of international promotional activities in efforts to draw in the LGBT crowd and not only.

”There is no such thing as gay. We are all gay,” she told the crowd at the LGBT Pavilion, ‘’because we are all diverse’’.

”It’s all about diversity,” Dellaporta told the Greek Travel Pages (GTP) after presenting a number of gay-friendly hotels and venues on the Cycladic island of Mykonos, such as Cavo Paradiso, the Semeli Hotel, the Kensho Boutique Hotel Suites, the Bakalo eatery or the Bill & Coo Suites, or even the boisterous gay-only Elysium Hotel. ‘’We are trying to bring out the Mykonos in the heart of everyone. Because it is diverse, it has everything for everyone, for every single unique person,’’ Dellaporta says.

‘’From here we head to South Beach with lots of food, wine and culture for the ultimate Mykonos experience in Miami.

To give Thursday’s audience a taste of Greece, Dellaporta went around with a bottle of the famed Skinos Mastiha spirit, inviting them to the Greek islands. From Miami the project will continue to New York.

Quality, Authenticity, Consistency Will Keep Greek Tourism at the Top