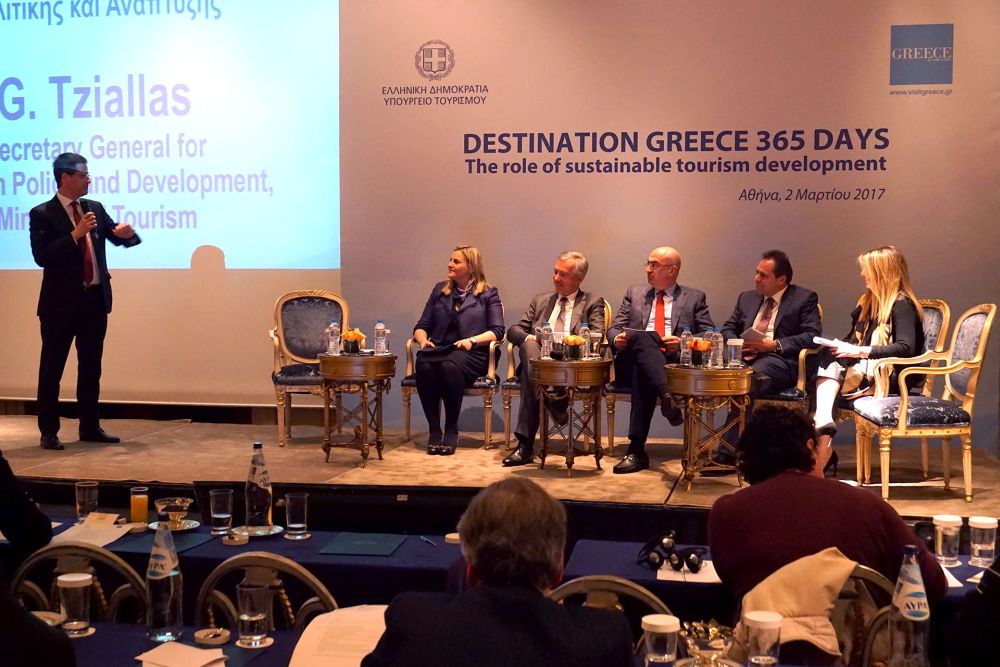 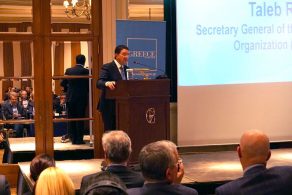 “Admirable” was how the secretary-general of the United Nations World Tourism Organization (UNWTO), Taleb Rifai, described Greece’s tourism performance in the last two years, adding that the country stands out as a prime example of a world tourism success story “despite the hurdles”.

Speaking at a day event organized by the tourism ministry and the Greek National Tourism Organization (GNTO) in Athens last week focusing on extending the tourism season to attract visitors 365 days a year and enhancing Greece as a sustainable tourism destination, Rifai noted the strong position that the country has managed to establish in international tourism, as well as the potential to be a frontrunner in sustainable tourism development in the coming years, and congratulated the ministry and the country’s tourism professionals for the progress achieved. 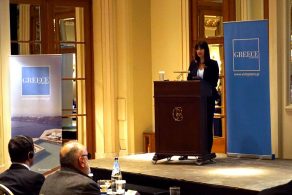 “Our role and main responsibility as ministry is to create the framework, lay out the conditions and pave the way so that the private sector can grow, take action and enter beneficial partnerships,” said Tourism Minister Elena Kountoura, adding that “Greece now emerges as a very strong proposal for tourism and investment.”

The UN’s chief for tourism also praised Greece for ”abiding by international law” and receiving more than 1 million refugees while faced with its own debt crisis.

Rifai, whose term ends this year, said Greece had worked a “miracle” and added that there are significant opportunities ahead, considerable prospects through tourism which can contribute to achieving objectives of sustainable development. He went on to urge international public and private stakeholders to promote Greece as a leading year-long destination that supports and promotes sustainability.

”There has been increased domestic and international interest in new high-quality investments and we believe the trend will continue at higher rates in the coming years,” said Secretary General for Tourism Policy and Development, Yiorgos Tziallas. 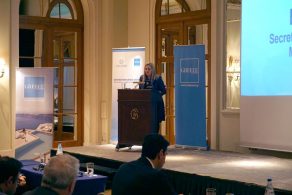 Referring to the legal framework of operations, Secretary General of Tourism Evridiki Kourneta said the ministry aims is ”to further upgrade the quality of the tourism product in terms of infrastructure, education, and services”.

Meanwhile, GNTO General Secretary Dimitris Tryfonopoulos referred to the distinctions of the organization’s 2016 promotional actions, adding that despite its limited budget, it has designed and implemented a communication strategy with impressive results. According to Tryfonopoulos, the advertising initiative has reached more than 97 million users. With a view to 2020, the GNTO expects another record year, ”with an increase of 950,000 (up by 6.1 percent) arrivals and with the potential by 2020 to reach 35 million visitors’’, Tryfonopoulos said.

‘Sympossio Greek Gourmet Touring 2017’ Kicks off with a Bang