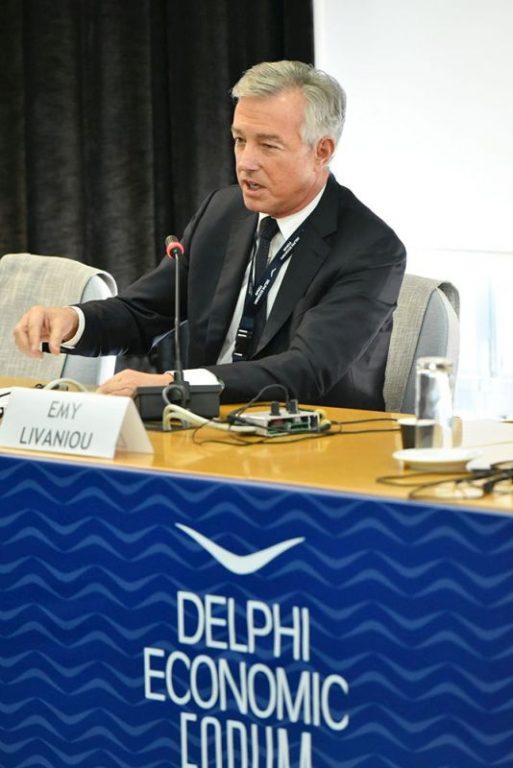 “The vision is for Greece to emerge as the best tourism destination worldwide”, the president of the Greek Tourism Confederation (SETE) Andreas Andreadis said on the second day of the 2nd Delphi Economic Forum in Delphi on Friday.

Speaking during the session “Development prospects: A vision for the years to come”, Andreadis placed tourism among the pillars of the development of Greece.

“If someone were to ask what is missing and Greece can not get out of this interminable crisis, I would reply that perhaps the most basic and essential ingredient is missing: a vision”, Andreadis said.

“Unfortunately, the country’s political system does not show that it can give a clear direction to the Greek people at this time. The daily management of the crisis, the negotiation with the institutions, the effort to find resources… has left no space for a ten-year plan with a vision”, he stressed.

Andreadis informed the audience that SETE has submitted a growth-oriented strategic plan (roadmap) for Greek tourism to all relevant authorities that aims for the country to attract 35 million tourists and 19 to 20 billion euros of direct revenue by 2021. He added that the confederation’s aim is to make Greece one of the top 10 tourist destinations worldwide.

Referring to the memorandums, Andreadis said that most of the proposed measures must be implemented to put things in order.

“Only this way can we lay the foundations to change our perception and practices with regards to forming a more productive public sector, a stable fiscal framework and a solid fiscal policy. But that certainly is not enough”, he said, adding that development in the country will not occur by the lenders but only when “we Greeks realize that the vision should come from ourselves to serve us today and the future generations”.

In conclusion, Andreadis underlined that tourism could be the catalyst and the example for a national vision to come in force. “Our country has everything it takes to become a world leader in the provision of quality services … It is time for the productive forces of the country to agree on a national vision that will get us out of the crisis.”

When asked if tourist arrivals would increase if Greece left the eurozone, Andreadis said the country’s return to the drachma would be a “catastrophe” and described this opinion as “nonsense”.

The annual Delphi Economic Forum connects government and business leaders from around the world with leading voices from academia, media and civil society in an effort to identify and deliberate key challenges and promote sustainable and socially responsible growth policies for Greece, Europe and the wider Eastern Mediterranean region. This year’s conference is being held under the title “Outlook for Greece and the Region — Vision 2020-2030”.

Mission of Experts from Abroad to ‘Count’ Greece’s Tourism Receipts