European Commission Outlines 5 Scenarios for Future of the EU 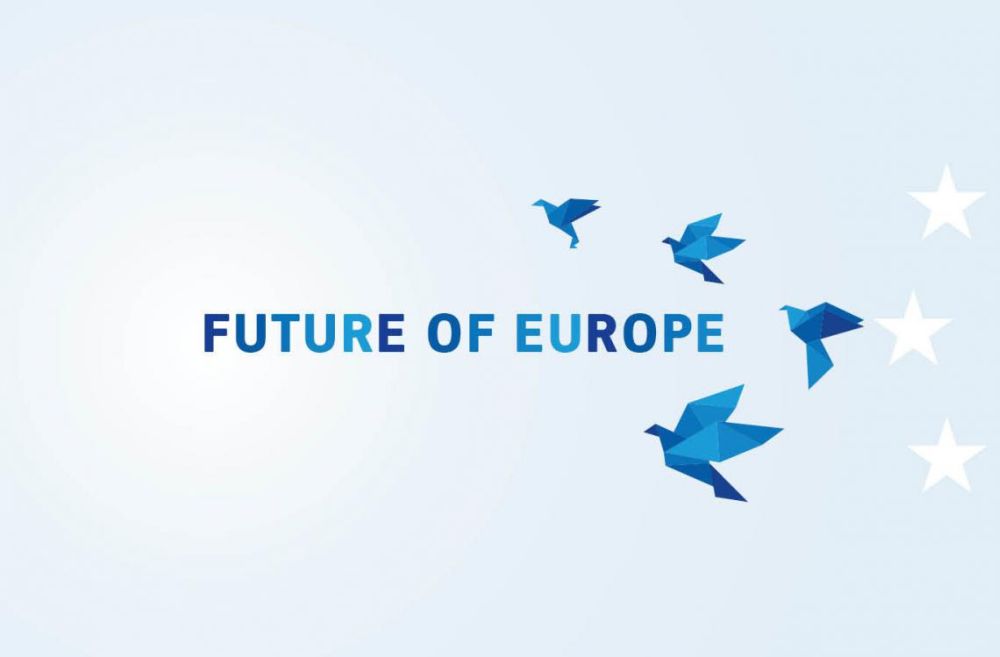 The European Commission on Wednesday presented a White Paper on the Future of Europe, which forms the Commission’s contribution to the Rome Summit of March 25. The White Paper outlines five possible paths for the EU to take in the coming years.

“As we prepare to mark the 60th anniversary of the EU, we look back on a peace spanning seven decades and on an enlarged Union of 500 million citizens living in freedom in one of the world’s most prosperous economies”, the Commission said in an announcement. “At the same time, the EU has to look forward at how it will carve a vision for its own future at 27.”

The White Paper sets out the main challenges and opportunities for Europe in the coming decade. It presents five scenarios for how the Union could evolve by 2025 depending on how it chooses to respond.

“As we mark the 60th anniversary of the Treaties of Rome, it is time for a united Europe of 27 to shape a vision for its future. It’s time for leadership, unity and common resolve”, Commission President Jean-Claude Juncker said, adding that the White Paper presents a series of different paths this united EU at 27 could choose to follow.

The White Paper looks at how Europe will change in the next decade, from the impact of new technologies on society and jobs, to doubts about globalisation, security concerns and the rise of populism.

Five scenarios are set out in the White Paper, each offering a glimpse into the potential state of the Union by 2025 depending on the choices Europe will make. 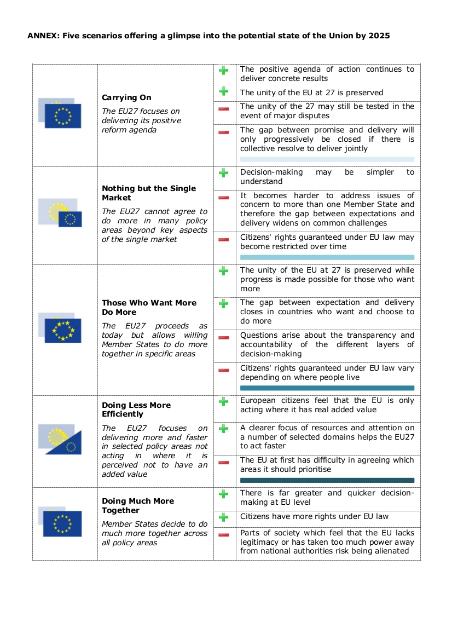 Scenario 1: Carrying On – The EU27 focuses on delivering its positive reform agenda in the spirit of the Juncker Commission’s New Start for Europe from 2014 and the Bratislava Declaration agreed by all 27 Member States in September 2016.

Scenario 2: Nothing but the Single Market – The EU27 is gradually re-centred on the single market as the 27 Member States are not able to find common ground on an increasing number of policy areas.

Scenario 3: Those Who Want More, Do More – The EU27 proceeds as today, but in addition it allows willing Member States to do more together in specific areas such as defence, internal security or social matters. One or several “coalitions of the willing” emerge in different policy areas.

Scenario 5: Doing Much More Together – Member States decide to share more power, resources and decision-making across the board. Decisions are agreed faster at European level and rapidly enforced.

The European Commission will host a series of “Future of Europe Debates” across Europe’s cities and regions in the coming months to harvest and harness opinions on the desired way forward and will further contribute to the process with a series of reflection papers on: developing the social dimension of Europe; deepening the Economic and Monetary Union; harnessing globalisation; the future of Europe’s defence; and, the future of EU finances.

President Juncker’s State of the Union speech in September 2017 will take these ideas forward before first conclusions could be drawn at the December 2017 European Council. This will help to decide on a course of action to be rolled out in time for the European Parliament elections in June 2019.