Travel to Greece as Cheap as €35 Courtesy of Norwegian Air 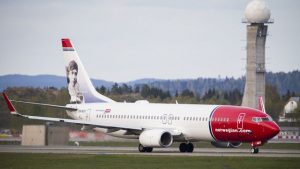 Travel to Greece couldn’t get cheaper with Norwegian Air Shuttle pledging to offer cheap flights to Greek island destinations with one-way fares as low as 35 euros (£29.90).

The Scandinavian budget carrier said that as of June it would be launching a number of cheap flights direct from Gatwick to Greek destinations as well as $65 one-way trans-Atlantic flights from New York, Rhode Island and Connecticut to destinations in Ireland and the UK. To keep costs down Norwegian Air will be flying out of smaller US airports.

The move is expected to put pressure on US airlines to compete with international budget carriers. American airlines have repeatedly protested against foreign airlines entering the US market noting that by pushing down fares they are hurting airlines’ revenue.

Meanwhile, the Norway-based airline company’s flights to Rhodes (new), Corfu, Crete, Kefalonia and Santorini direct from London Gatwick are set to begin on June 17, with a weekly service throughout summer until September 16.