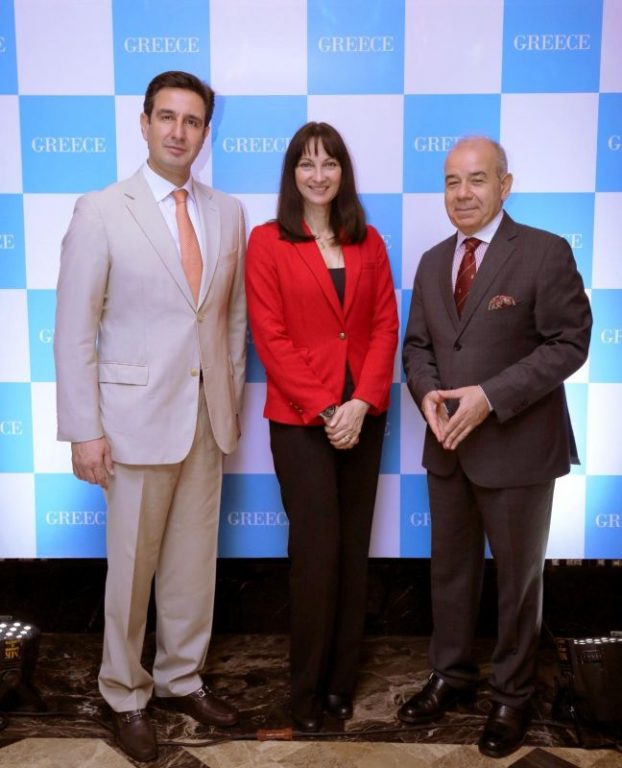 Aiming to tap into one of the world’s fastest growing markets with 20.38 million outbound tourists in 2015, Greece participated for the first time in this year’s Outbound Travel Mart (OTM) show held February 21-23 in Mumbai, India.

In this direction, Greek Tourism Minister Elena Kountoura held a series of talks with Indian sector authorities, IMC Chamber of Commerce and Industry president Deepak Premnarayen, and tour operators, discussing among other issues collaboration in tourism, the promotion of alternative options in Greece and the possibility of using Greece as a filming destination.

“With the entry of Greek tourism into the Indian market we aim to associate with the travel trade industry and offer our audience a customized product. Our strategy aims to promote 365 days tourism in Greece and we are confident that we will see a positive boost in the number of Indian arrivals to Greece with our initiatives,” Kountoura told a press conference in Mumbai.

On his part, the secretary general of the Greek National Tourism Organization (GNTO), Dimitris Tryfonopoulos, during the OTM expo met with representatives of the Bollywood film industry and discussed the opportunities Greece offers for movie productions.

The GNTO, which participated in this year’s OTM with its own stand, is currently holding talks with representatives of airlines serving the region, including Emirates, Etihad, Qatar and Jet Airways, with the objective to boost Athens-India links and facilitate travel between the two countries.

In the meantime, in efforts to encourage exchange, India’s Prime Minister Narendra Modi approved the Air Services Agreement (ASA) between Greece and India on Wednesday. The deal is expected to spur greater trade, investment, tourism and cultural exchange between the two countries  through improved air connectivity.