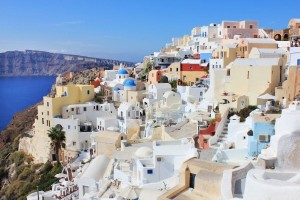 With only two weeks to go until the opening of this year’s ITB Berlin travel show, leading German tour operators have informed that demand for travel to Greece this year is on the up.

According to a report by the German Press Agency (DPA) and published in Deutsche Welle, German tour operators are recording another year of increased bookings, as 2016 events have not discouraged German holidaymakers from making plans to travel abroad. Greece is among the most popular destinations for travel this season, while Tunisia and Egypt seem to be recovering slowly but steadily from the crisis of recent years. According to German tourism professionals, only bookings for Turkey remain limited.

Bookings to Greece have doubled compared to 2016, according to tour operator DER Touristik, while a rise in demand is noticed for the Western Mediterranean countries of Italy, France and Spain. DER Touristik also sees Egypt making a comeback as a tourism destination this year.

Tour operator Alltours is also satisfied with the travel market ahead of summer, DPA underlined. The company has recorded a great demand for trips to Greece and a good interest for holidays in Spain.

Moreover, TUI sees a four percent increase in bookings for the coming summer season compared to last year. Meanwhile, Thomas Cook — owner of brands Neckermann Reisen and Last Minute — also sees a strong demand in the travel market that is expected to offset and surpass the losses from the drop in bookings to Turkey.

According to DPA, the good state of Germany’s labor market and low inflation (below 3 percent) have given a boost to the intention of the Germans to travel this year.