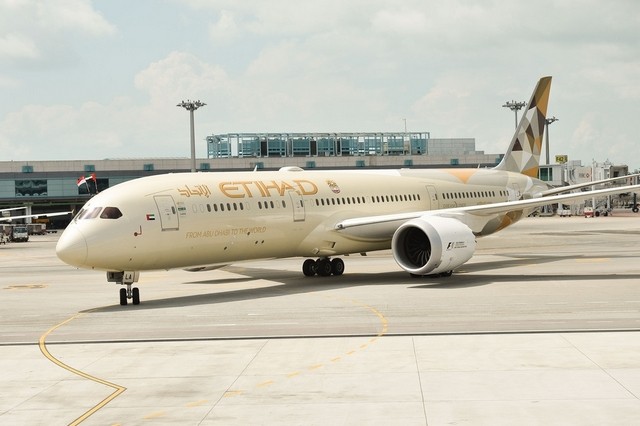 Etihad Airways delivered another year of sustained growth in 2016, helped by new aircraft, additional frequencies and the introduction of further world-class products, the airline said in a recent announcement. Etihad carried 18.5 million guests during the year, up six percent on 2015.

“2016 saw sustained growth in a very tough business environment… Most importantly, in 2016 we were able to introduce our new Group structure, which positions this business for long-term growth and development”, James Hogan, President and CEO of EAG, said.

2016 was a year of impressive accolades for Etihad Airways – the pinnacle being the Skytrax Certified 5-Star Airline Rating – the most sought after quality status in the airline industry.

Etihad Airways’ fleet of 119 aircraft is one of the youngest and most environmentally-friendly in the industry, with an average age of 6 years.

Etihad Airways launched Venice in Italy, Rabat in Morocco and Sabiha Gokcen in Turkey as new destinations in 2016. The much-admired Airbus A380 began serving Mumbai and Melbourne, and the Boeing 787 Dreamliner was deployed on new routes, including Perth, Shanghai, Johannesburg and Dusseldorf.  The airline added a fifth daily flight on the Doha route, an extra daily flight to Cairo and Kozhikode, and increased frequencies to Dammam, Manila and Tehran.

Etihad Airways carried more than 76 percent of the total passengers who travelled to and from Abu Dhabi International Airport in 2016. 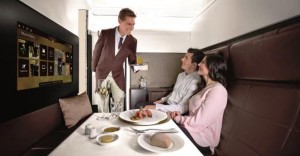 According to EAG’s CEO, 2017 will be another challenging year. “We will continue to expand prudently and efficiently, reflecting the nature of the economic environment”, Hogan said, adding that the company remains optimistic and has every belief that its robust business model will succeed and, most importantly, stand the test of time.

The Etihad Aviation Group workforce, as of December 31, stood at 26,635 employees, representing 150 nationalities.