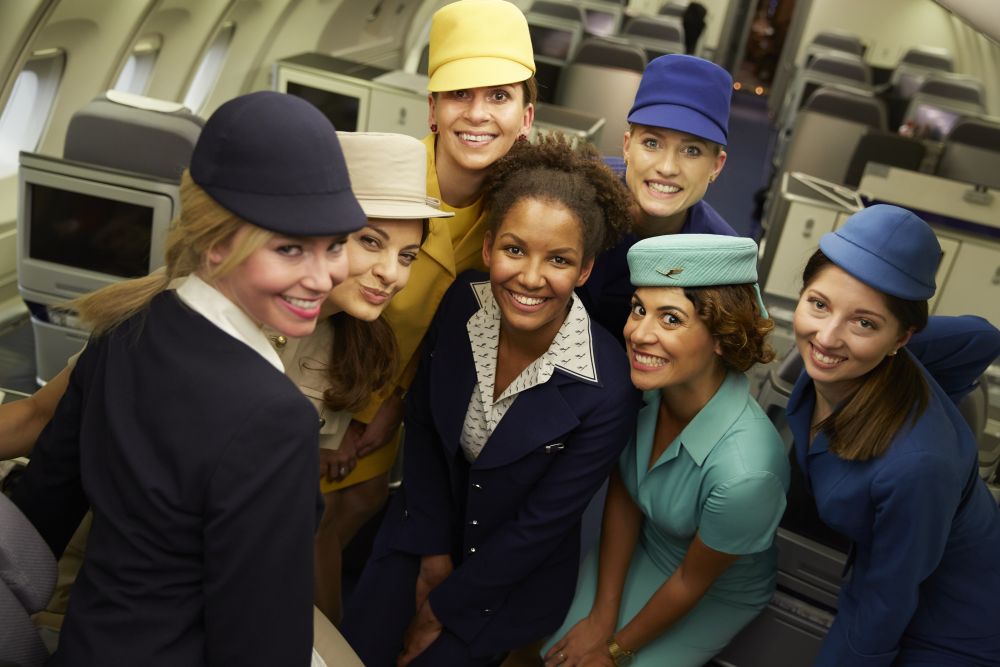 “Fashion and technology” was the theme of the second Lufthansa FlyingLab that took place recently. During the course of flight no. LH400 from Frankfurt to New York on February 8, passengers were treated to two fashion shows and three expert talks, and also had the chance to test out a range of innovative wearable technologies. The target group were passengers on their way to New York Fashion Week, which kicked off on February 9. 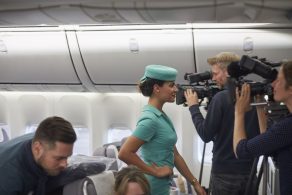 New York fashion designer Rubin Singer presented a selection of pieces from his women’s spring/summer collection 2017, as well as elements from his upcoming autumn/winter collection. This was the first time a new designer collection was shown at a height of 10,000 metres. “As a designer I’m always looking for new ways to showcase my designs,” says Rubin Singer.

For the show, the models turned the central aisle of the aircraft into a catwalk. Lufthansa also set up live video stream on board which each guest received via the aircraft’s Wifi hotspot. Twenty-minute long expert talks also were broadcast in the same way to every seat in the Boeing 747-8.

On the nine-hour flight, passengers were also given the chance to test out a range of fashion wearables, from bracelets through headphones to health trackers.

The FlyingLab was rounded off with a special fashion show put on by a Lufthansa crew who showcased the influence of fashion trends on flight attendants’ uniforms over the past 60 years. To fit in with this theme, passengers were sitting in a jumbo jet that had been specially repainted in the Lufthansa livery design of the 1970s. 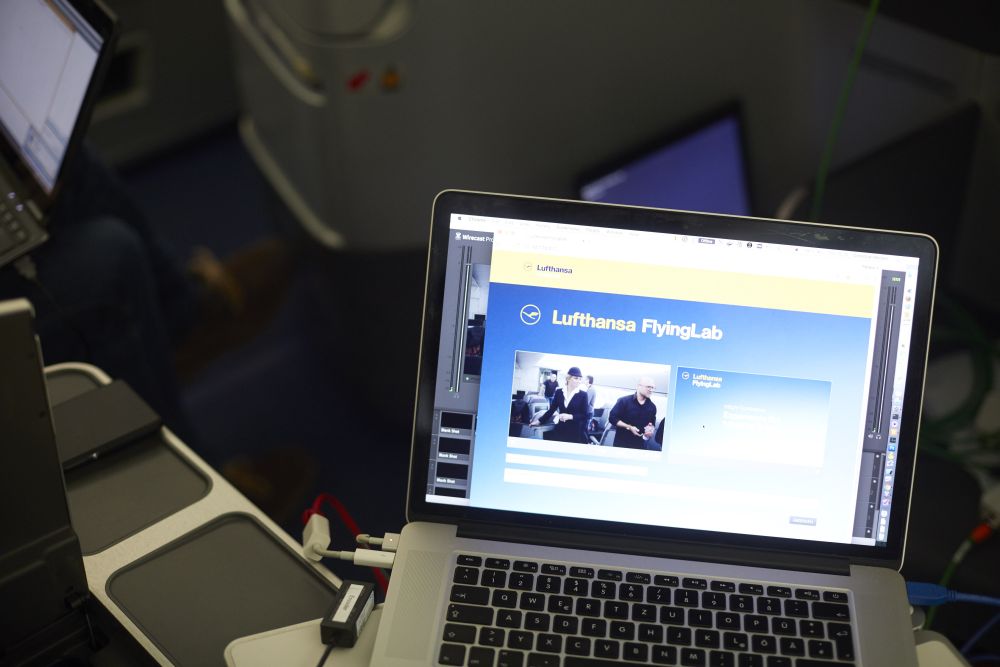 The FlyingLab is an open innovation platform for the Lufthansa Airlines. “Passengers use the time during the flight more effectively with a FlyingLab and get into the right mood and frame of mind for when they arrive at their destination,” said Alexander Schlaubitz, Head of Marketing at Lufthansa German Airlines.

Themes for the FlyingLabs are taken from current areas of technology, health and sustainability. The premiere for the FlyingLab was the theme “Virtual Reality” held on 1 July 2016 on a flight to Silicon Valley.

A FlyingLab comprises two parts – on the one hand, talks or presentations and, on the other, product testing. Taking part doesn’t cost anything – passengers need only buy a ticket for the flight in question, and it doesn’t matter which booking class they are in.