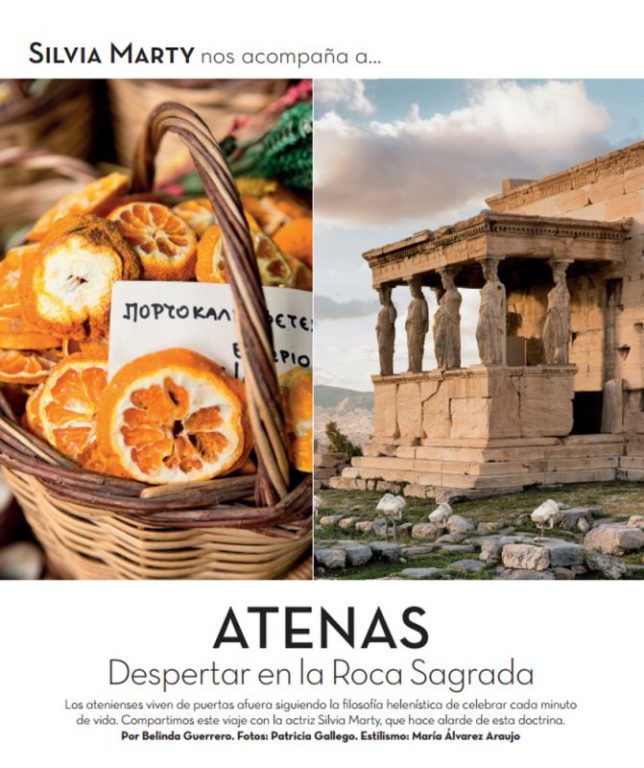 The story, entitled “Waking up below the sacred rock” and featured in the March edition of the monthly magazine, conveys the city as an upbeat, attractive city break destination with rich cultural offerings.

“Athenians spend their time outdoors, following the Hellenistic philosophy of enjoying every minute,” the article states.

Marty is pictured in the “colourful, bohemian, Cycladic-style” alleyways of Anafiotika, taking in panoramic views of the Parthenon and in an art gallery, alongside images of the Acropolis Museum, the central markets, street art and a table spread with meze. 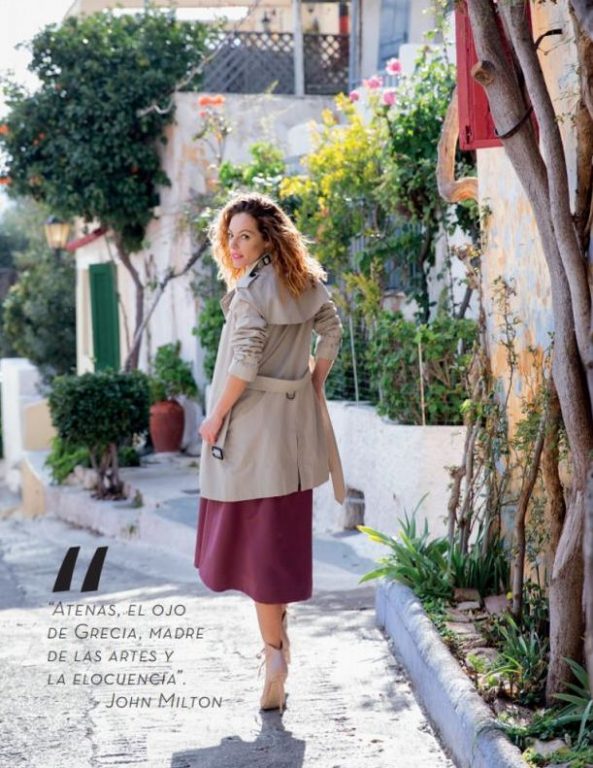 “We lost ourselves in the side streets of Monastiraki … and felt right at home with the Athenians, who even invited us to dance a syrtaki,” she notes.

Guerrero says that they “fell in love” with the antique shops in Avyssinia Square and enjoyed poring over the traditional goods, herbs and local beverages on sale.

“We were overcome by a sense of awe being in the city where Socrates, Pericles and Phidias resided,” she says, including references to Syntagma Square as a location where “history is written every day”.

The publication of the feature article follows a press trip and fashion editorial shoot organised by Marketing Greece in collaboration with the Greek Embassy in Madrid and Aegean as part of efforts to promote Athens abroad.