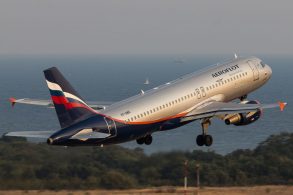 Russia’s Aeroflot has been named the most powerful airline brand in the world – with an AAA brand rating – by leading valuation and strategy consultancy, Brand Finance.

“The news may come as a surprise to those in Europe and North America more familiar with Western or Gulf flag carriers”, the consultancy said in an announcement.

According to Brand Finance, Aeroflot’s brand strength stems in part from dominance of its domestic market.

“Its brand equity scores for metrics such as familiarity, consideration, preference and loyalty are formidable, both when compared against other Russian airlines and against foreign ones within their home markets. This is all the more impressive given that there are no air routes for which Aeroflot has exclusive access, demonstrating that its strength is underpinned by competitive advantage rather than monopoly.”

Another key component of brand strength in which Aeroflot excels is investment in the brand, which lays the foundations for future resilience and growth, Brand Finance said, adding that it has the youngest fleet of any major airline and is investing heavily in marketing promotion, particularly in Asia.

“This is reinforced by its sponsorship of Manchester United (the world’s most valuable football brand), which helps Aeroflot reach a vast audience across East Asia in particular. The approach is clearly paying off.”

Every year, Brand Finance values the brands of thousands of the world’s biggest companies. Brands are first evaluated to determine their power / strength (based on factors such as marketing investment, familiarity, loyalty, staff satisfaction and corporate reputation) and given a corresponding letter grade up to AAA+. Brand strength is used to determine what proportion of a business’s revenue is contributed by the brand, which is projected into perpetuity to determine the brand’s value.