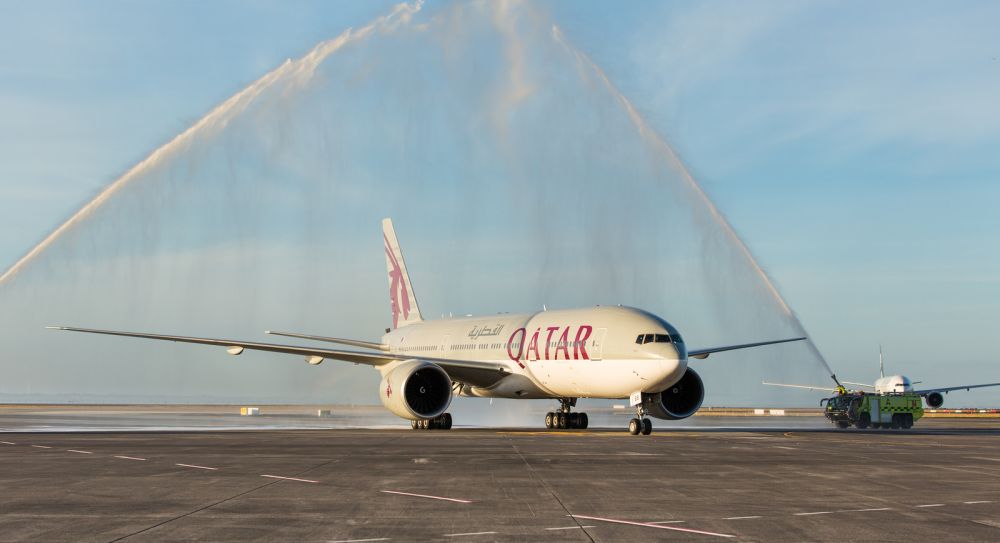 Qatar Airways has launched new daily flights to and from Auckland, New Zealand. On February 6, the national carrier of the State of Qatar flew the world’s longest commercial flight with its new Auckland service, which takes 17 hours and 30 minutes and covers a distance of 14,535 kilometres. 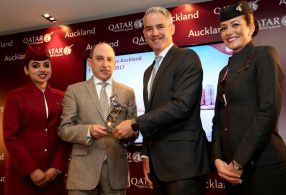 “We are proud to offer the people of New Zealand the best possible passenger experience when connecting to friends and family across the globe on board the world’s longest commercial flight from Auckland to Doha”, Qatar Airways Group Chief Executive Akbar Al Baker said during a recent press conference in Auckland.

The new service will give passengers from New Zealand the opportunity to travel to the more than 150 destinations on the airline’s global network via its hub, Hamad International Airport, in Doha.

According to Auckland Airport Chief Executive Officer Adrian Littlewood, the Qatar Airways service is expected to contribute some NZD $198 million to the New Zealand economy each year.

The addition of Auckland to the airline’s constantly growing network comes on the back of its recent expansion in the region with the launch of new routes to Sydney and Adelaide in 2016. The airline will add to this again in 2017/18 when it plans to include Canberra on its list of gateways in Australasia.

Other new destination launches planned by the airline for 2017/18 including Yanbu and Tabuk in Saudi Arabia; Dublin in the Republic of Ireland; Nice in France; Skopje, FYROM; Chiang Mai in the North of Thailand; Sarajevo, the capital of Bosnia Herzegovina; Libreville, Gabon; Douala, Cameroon; Rio de Janeiro in Brazil; Santiago, Chile; Canberra, Australia; Medan, Indonesia; and Las Vegas, U.S.

Passengers planning to travel to New Zealand are encouraged to include a stopover in Doha as part of their journey. With a new transit visa scheme offering visitors a free transit visa for up to 96 hours, it is now even easier to combine a quick visit to Doha – with its historic sites,  five-star shopping and resorts – with a trip to New Zealand.