Culture and gastronomy will play a central role in the promotion of Attica as a leading tourism destination, according to the regional authority’s strategic plan to run through to 2020.

Regional authorities announced that the action plan has been set in motion with priorities given to culture and gastronomy and with a new logo slated to be presented soon.

Speaking to Euro2day, associate regional director for tourism promotion of Attica Region, Eleni Dimopoulou, said the budget for the implementation of the scheme comes to 4 million euros, which will be overseen by a the newly-set up Attica Region Tourism Promotion Department.

The action plan revolves around the identification of key markets and traveler interests and the creation of tourism clusters. 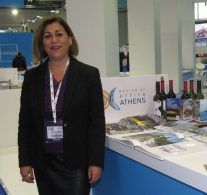 “According to a study, priority should be given to Central European markets – France, Germany, Italy, Austria – the traditional market of the UK, and dynamic markets such as China, Russia and the US”, Dimopoulou told Euro2day.

Initially, the first two collaborative tourism networks have been set up for culture and gastronomy. The selection was based on a study by the Athens – Attica & Argosaronic Hotel Association, which found that food and culture were the leading reasons foreigners chose to visit Attica.

The first cluster focusing on culture has met three times in order to finalize operational details. The second, to focus on gastronomy and tourism, will meet for the first time on March 30. “We will be able to maintain open communication with the market; with those who are ready to present ‘mature’ products”, Dimopoulou added.

A total of 66 municipalities will be included under the Attica Region umbrella with authorities also planning to launch an annual tourism forum, tourism awards, and a competition for audio-visual material for Athens and Attica.