US President Donald Trump’s January 27 decision to ban nationals from seven countries — Iraq, Iran, Syria, Yemen, Sudan, Libya, and Somalia — for 90 days from traveling to the United States, does not affect EU citizens even if they hold dual citizenship in one of the listed countries, EU Foreign Policy chief Federica Mogherini confirmed on Wednesday, citing the US State Department.

Under an executive order refugees regardless of nationality will be suspended from entering the US for 120 days. Besides confusion, the ban has caused an uproar and sent protestors into the streets and outside airports.

The EU has expressed its ‘’disagreement” with Trump’s decision: “No one can be deprived of his or her own rights because of the place of birth, their religion or their ethnicity… This is written in our constitution, both in Europe and America,’’ Mogherini told members of European Parliament. 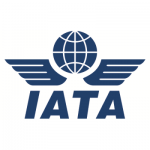 In the meantime, the International Air Transport Association (IATA) was quick to respond also expressing its ‘’disagreement” with the ban: ”As a matter of principle we work for the free movement of trade and people across borders.’’

The statement continued that ‘’the executive order was issued without prior coordination or warning, causing confusion among both airlines and travelers. It also placed additional burdens on airlines to comply with unclear requirements, to bear implementation costs and to face potential penalties for non-compliance’’.

IATA is calling on the US administration to clarify the current situation. “We urge all governments to provide sufficient advance coordination of changes in entry requirements so that travelers can clearly understand them and airlines can efficiently implement them,’’ the IATA statement said. ​