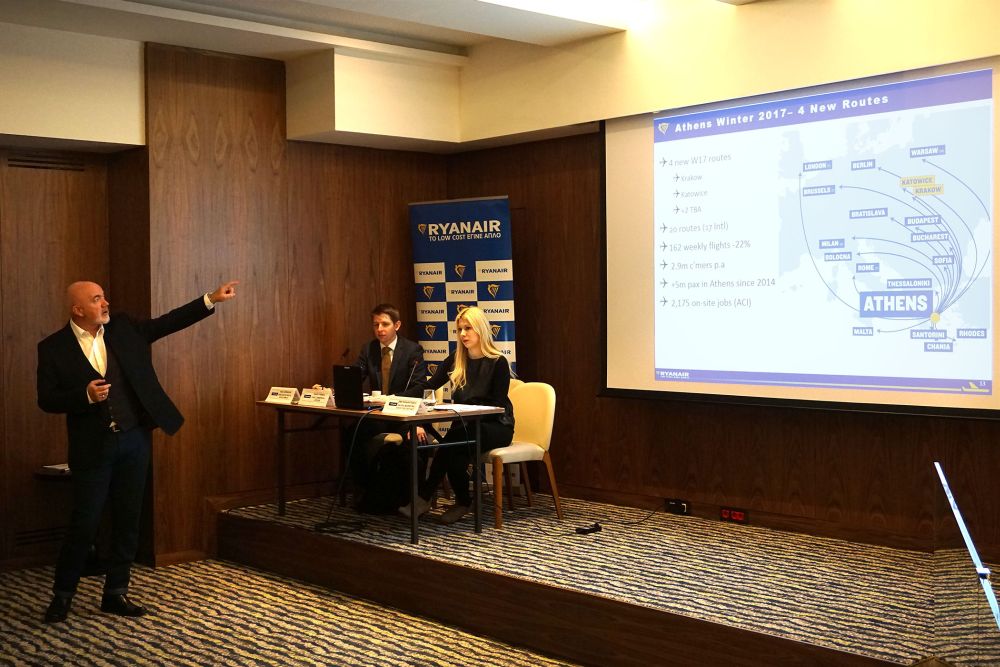 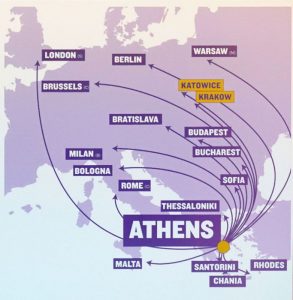 The airline’s commercial director, David O’Brien, announced the launch of two new routes from Athens to Polish cities Katowice and Krakow. Ryanair will operate both of these routes two times a week. Also, another two new routes are to be announced soon.

Due to ongoing lack of clarity on runway availability at Thessaloniki airport, O’Brien said that the airline was forced to cut a large part of the Athens route to the northern city.

“We had this plan to invest in Thessaloniki (boost traffic by 14 percent) but because of the runway shambles we weren’t able to continue our domestic routes and operate our new international routes”, O’Brien said. “We figured that it was in the greater interest for Thessaloniki to have direct international routes rather than more flights to Athens.”

In total, Ryanair will cut four flights a day from Athens to Thessaloniki and also drop a daily flight on the Athens-Pafos route. The loss in passenger traffic is said to add up to some 500,000 passengers.

Ryanair’s Athens Winter 2017 schedule in total will include 20 routes and is expected to deliver 2.9 million passengers in total. 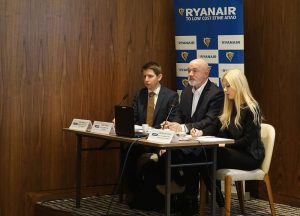 According to O’Brien, another reason the airline is slashing its Athens traffic is due to the Greek government’s non-response to Ryanair’s growth proposals, which include lower airline tax at Athens Airport.

“Ryanair urges the Greek government not to repeat past errors and to extend the Athens concession on the basis of traffic and tourism growth commitments, rather than the highest bid”, O’Brien said, adding that if Athens performed to its potential, an additional 20 million passengers, 5 million tourists spending 2.7 billion and 15,000 jobs could be rapidly created.

He added that summer bookings are going very well, part because the airline reduced weaker parts of its program.

“We are not flying to Kos this summer, because of the weakness in demand last year. But we will look at it again next year”, he said.

Speaking about Greece’s 2017 tourism season, O’Brien said that although certain Greek organizations are saying demand is huge and referring to “record” early bookings, there are less scheduled seats at the airports of Cofu, Chania, Kos and Rhodes.

“Our impression is that Greece is underperforming… Greek tourism this year should be 30 percent up. This winter the routes from Spain into the UK had a 30 percent increase in capacity” he said.

“A couple of percentage points in Greece is not good enough. It should be more.”