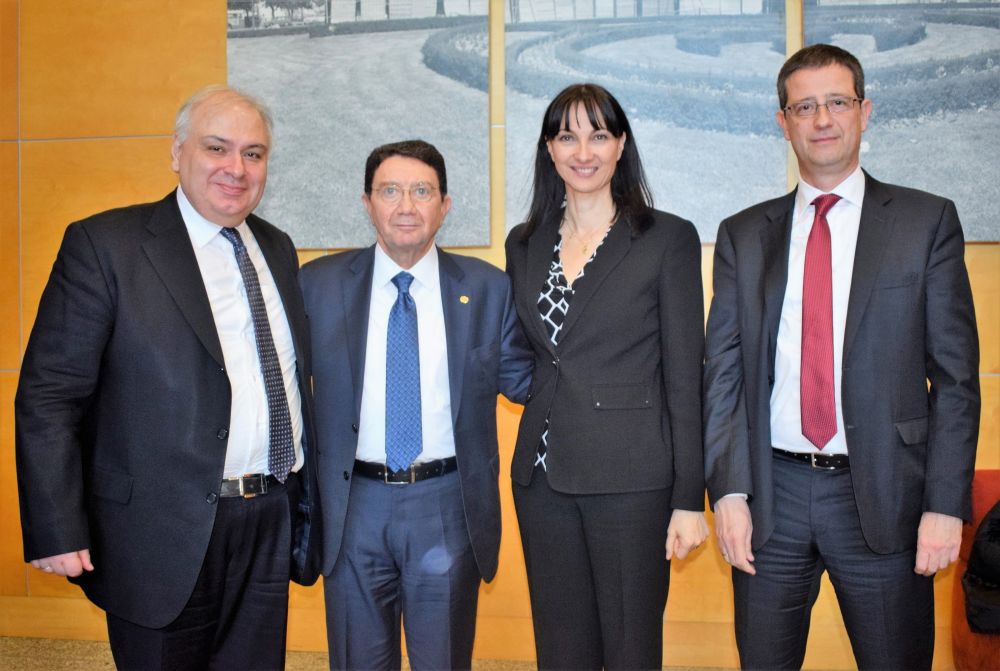 The Secretary General of the United Nations World Tourism Organization (UNWTO), Taleb Rifai, has accepted the invitation of Tourism Minister Elena Kountoura to visit Greece in the near future.

Minister Kountoura invited Rifai to Greece during a meeting held on the sidelines of the 37th International Tourism Trade Fair FITUR in Madrid. During the meeting, the good relations between the Tourism Ministry and the UNWTO were confirmed and the positive prospects of Greek tourism this year were discussed.

Minister Kountoura also represented Greece at a special event held on the occasion of the official opening of 2017 as the International Year of Sustainable Tourism Development. The event, held at the UNWTO headquarters in Madrid, was attended by the tourism ministers of the countries participating in FITUR. The Prime Minister of Georgia, Giorgi Kvirikashvili, was the guest of honor.

The tourism minister also attended the annual ceremony of the UNWTO Awards for Excellence and Innovation in Tourism.

During FITUR, Kountoura met with international tour operators, including Thomas Cook and Jet2 Group, airline representatives and Greek owners of travel agencies that specialize in holiday packages for Greece. The professionals confirmed the growing interest of Spanish travellers to Greek destinations.